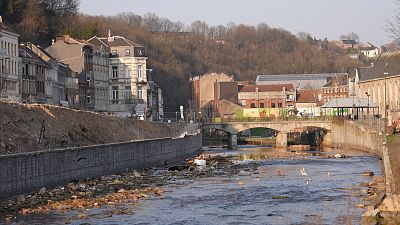 A reform of the fiscal rules that govern public spending, debt and investment in EU countries is currently being prepared by the European Commission. Real Economy asks what does this mean for the future of government spending in the EU, in particular when it comes to investment to combat climate change?

What are the EU’s fiscal rules?

The current fiscal rules go back to the Maastricht treaty and the beginning of the Eurozone in 1992 and govern how countries manage their public finances. At their core: annual fiscal deficit must be capped at 3% of Gross Domestic Product and overall government debt no more than 60%

During the pandemic, they were put on hold temporarily so that governments could spend more, but they are due to return in 2023.

However with increased public debt, the need for government investment to help Europe go green and digital, and now Russia’s war in Ukraine - what does that mean for the future of the fiscal rules?

The European Commission has published a review of its economic governance framework, along with a consultation - with trade unions, academics, central banks, national parliaments and EU finance ministers. It is due to make recommendations later in 2022.

The joint paper by the Dutch and Spanish finance ministers calls for country-specific fiscal plans and for the introduction of a simple expenditure rule.

How to prioritise green investment?

The review is looking at how to ensure that government finances remain sustainable while at the same time incentivising particularly green investment.

In Belgium, the Walloon town of Verviers has already felt the effects of climate change. Last summer, the Vesdres river burst its banks with devastating consequences.

Rebuilding and adapting for the future is expected to cost €45 million for public buildings alone. A cost that weighs heavily on the city’s budget.

“It’s been a human tragedy, because we’ve lost, I believe, 38 people, including 8 in Verviers,” Mayor Muriel Targnion told Real Economy.

“Climate experts are predicting more floods within 10, maybe 15 years. They are also talking about heatwaves, so we need to rebuild with that in mind. But resilient construction is costly. Our borrowing capacity is limited, we are only allowed to borrow up to €125 per inhabitant,” Targnion added.

As well as the cost of adapting to live with climate change, investment is also urgently needed to reduce carbon emissions.

In the solar sector, we want to go from a hundred and sixty-five gigawatts today to one terawatt. This is equal to one hundred and seventeen billion cubic meters of gas. That's almost all the Russian imports.

The European Commission estimates that private and public investments need to increase by €392 billion annually until 2030.

One of the key areas for investment is energy production.

“In the solar sector, we want to go from a hundred and sixty-five gigawatts today--that's roughly powering 50 million households in Europe--to one terawatt,” says Walburga Hemetsberger, CEO of Solarpower Europe.

“This is equal to one hundred and seventeen billion cubic meters of gas. That's almost all the Russian imports. A lot can come from private investments, but obviously also member states need to play a role”.

Amongst those calling for a reform of the public debt ceiling isThe NGO Climate Action Network Europe.

“The problem is not immediate,” says CANE’s Fiscal Reform Policy Coordinator Isabelle Brachet. “But the problem is looming at the door because these rules will be restored again. It is expected that climate change will ultimately affect the productivity of the economy. There can be no debt sustainability, if we do not act on climate change now and you know, the trade unions say there are no jobs on a dead planet, I would like to say there is no debt sustainability on a dead planet. That's why we need a reform of the EU fiscal rules, which constrain public spending.”

As energy prices soar following sanctions over Russia’s invasion of Ukraine - the need to lessen dependency on Russian energy could be an additional push for the EU to reform its fiscal rules.

We have a very clear experience in the previous crisis, the financial crisis. We had a tightening of fiscal rules too soon and a gradual decrease in public investments. In the situation we are in, this is completely impossible.

It’s at the European Commission in Brussels that the fiscal rules are being reviewed - and Real Economy spoke to the Commissioner for the Economy, Paolo Gentiloni to see what might be in store.

Naomi Lloyd, Euronews: The review on fiscal policy was already due. Then we had the pandemic, a recession and now Russia's aggression in Ukraine. What does this mean for the fiscal rules? Are we looking at the core rules - 3%, 60% being rewritten?

Paolo Gentiloni, EU Commissioner for Economy: I'm not sure that this is a real target now. We all know that these thresholds were decided 25 years ago. We have now an average debt level near to 100% in the euro area. I think we have to adapt our rules to have a gradual path of debt reduction, allowing us to make the needed investment. And this is the real challenge, more than changing these thresholds because this should bring to changes of treaties, referenda. Well, not an easy path in these complicated times.

Naomi Lloyd, Euronews: There's already a need for huge public investment to meet the climate goals. That’s even more urgent now with a need to lessen the dependency on Russian energy. What does that mean for fiscal policy going forward?

Paolo Gentiloni, EU Commissioner for Economy: Well, I think we have a very clear experience in the previous crisis, the financial crisis. We had a tightening of fiscal rules too soon and a gradual decrease in public investments. In the situation we are in, this is completely impossible. We are committed to the climate transition and we are committed to the digital transition. And then, as you said, we have the autonomy from energy dependence from Russia. We have a new European ambition on common defence. So we need fiscal rules that look to public finances sustainability, but at the same time, create space for public investment. Something that happened through these terrible crises of the pandemic and the war was a message of the necessity of unity. We need a stronger Europe and to have a stronger Europe, you need stronger coordination. And of course, the fiscal rules are the basis.