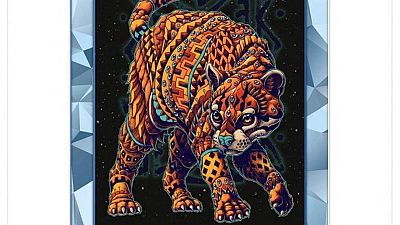 A Brazilian company that owns 410 square kilometres of Amazon rainforest is offering a new way to fund conservation: selling non-fungible tokens (NFTs) that allow buyers to sponsor the preservation of specific areas of jungle.

NFTs are a kind of crypto asset that exploded in popularity last year, with a unique digital signature guaranteeing they are one of a kind. Other efforts to fund conservation via NFTs include plans for a South African wildlife reserve.

Token holders will not own the land itself, but will have access to key information about its preservation, from satellite imagery to licensing and other documentation, said Nemus founder Flavio de Meira Penna.

He said Nemus had sold 10 per cent of an initial offer of tokens for 8,000 hectares on the first day.

"My guess is this will accelerate rapidly in coming weeks," Penna told Reuters, adding that blockchain technology would ensure transparency in the use of the funds.

Plots vary in size from a quarter of a hectare to 81 hectares (0.6 to 200 acres), which buyers will be able to locate with online maps.

NFTs for the smallest plots sell for $150 (€137) and the largest fetch $51,000 (€46,500), said Penna, who is hoping to raise around €4.5 million to buy an additional 2 million hectares of land already under negotiations in the municipality of Pauini in Amazonas state.

Along with preserving the forest, Penna said the funds would support sustainable development efforts such as harvesting acai berries and Brazil nuts by local communities in Pauini, which is the size of Belgium.

Each token comes with artwork of an Amazon plant or animal and is processed by San Francisco-based Concept Art House, a content developer and publisher for NFTs.

Penna dismissed that view, saying preservation of threatened areas of the Amazon far outweighs the environmental cost of NFT transactions.