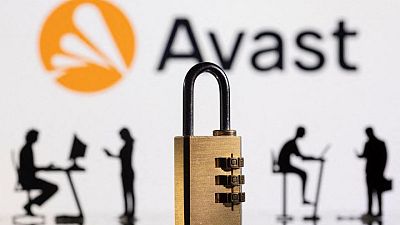 -NortonLifeLock’s $8.6 billion purchase of Avast hit a snag on Wednesday after Britain’s anti-trust regulator said it would launch a deeper investigation into the proposed cybersecurity merger following competition concerns.

NortonLifeLock in August proposed to buy London-listed rival Avast in a cash-and-stock cyber deal to create a leader in consumer security software catering to more than 500 million customers.

Britain’s Competition and Markets Authority (CMA) said the deal could harm competition and lead to British customers getting a worse deal when looking for security software, sending Avast shares tumbling 11%.

The CMA‘s findings are based on an initial investigation and the regulator has called on the companies to submit proposals to allay its concerns or face an in-depth probe.

NortonLifeLock said on Wednesday it did not plan to propose any ‘Phase 1′ remedies, calling the CMA‘s decision “surprising”.

Avast said it remained of the view that the deal “will only benefit consumers in the UK”.

NortonLifeLock said the investigation would delay the completion of the deal, which is now expected to close in mid-to-late 2022 and not April 4 as expected.

The deal was initially expected to close last month, but the Arizona-based company was awaiting regulatory nods from the United Kingdom and Spain. It later got approval from Spain.

“We are living more of our lives online and it is vital that people have access to competitive cyber safety software when seeking to protect themselves and their families,” CMA Executive Director David Stewart said in a statement.

The deal, which would marry NortonLifeLock’s strength in identity theft protection and Avast’s privacy, has already received the green light in the United States and Germany.

Founded in Prague, Czech Republic, Avast is a pioneer of “freemium” software, whereby basic applications are free and subscribers pay for premium features.

NortonLifeLock, previously known as Symantec, was renamed after it sold its enterprise business to Broadcom in 2019. It has a larger premium business selling products to consumers to combat viruses, spyware and malware.

NortonLifeLock’s stock was down about 6% in premarket trading.