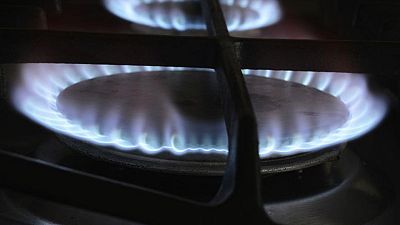 In the Dutch gas market, the front-month contract opened lower compared to Thursday but was last up by 9.00 euros at 135.00 euros per megawatt hour (MWh), while the May contract fell by 19.50 euros to 112.50 euros/MWh.

“We opened down again Friday. The market appears to have calmed down a bit, as a lot of risk premium has already been priced in,” analysts at Energi Danmark said in a morning note.

Gas is still flowing from Russia to Western Europe, and the apparent unwillingness from European countries to impose sanctions on the Russian energy sector is adding to the downside, they said.

Following a spike to record highs earlier in the week, natural gas now faced a weekly loss, analysts at Commerzbank said in a note.

“The concerns about disruptions to energy supplies from Russia in the immediate future have eased. This is thanks in part to Russian President Putin, who promised yesterday that the country would continue to meet its energy export obligations,” the analysts said.

Russia continued to send pipeline gas into Germany via Nord Stream 1 and Poland and into Slovakia via Ukraine at broadly unchanged levels, pipeline operator data showed.

Several U.S. and Qatari tankers are now expected to arrive by the end of the month. [LNG/TKUK]

However, industry and government sources said White House efforts to boost U.S. liquefied natural gas exports and cut Europe’s reliance on Russian gas after the invasion of Ukraine are proceeding slowly, because of concerns about the impact on climate change.

Meanwhile, temperatures in Europe should be around normal levels, being cooler in the east and warmer in the west, Refinitiv analyst Georg Mueller said.

In the European carbon market, the benchmark contract inched up by 0.59 euro to 77.euros a tonne, its highest level since March 1.