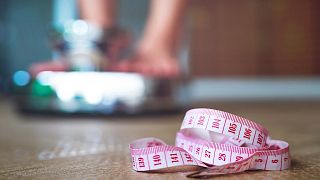 One billion people worldwide will be obese by 2030, according to the latest projections by the World Obesity Federation.

That’s twice as many as in 2010, the organisation said in a new report released on World Obesity Day on Friday.

More than 150 global health experts and campaigners are now calling for an urgent and comprehensive action plan to get back on track to meet targets set by the World Health Organisation (WHO) to halt the rise of obesity by 2025 at 2010 levels.

"For far too long we have all failed on obesity, and have witnessed generations of misunderstanding, fragmentation, underinvestment in and stigmatisation of obesity and those affected by it," they write in an open letter.

In Europe alone, nearly 30 per cent of adults are expected to be obese by 2030, and one in six children aged 5 to 9, according to the latest World Obesity Atlas.

Among the countries set to be hit the hardest are Turkey, the UK and Ireland, with over a third of adults affected.

Switzerland, Finland and Norway are ranked as the best prepared to prevent and deal with obesity.

Europe as a whole is well equipped for the challenge thanks to its generous access to health care, but the stigma still attached to obesity can delay treatment, says Olivia Cavalcanti, Director of Science at the World Obesity Federation.

"The roots are really deep, we’re talking about food systems and policies. We can’t really have an individual response to a systemic problem"

Olivia Cavalcanti
Director of Science at the World Obesity Federation

“There’s more awareness that obesity is actually a disease - a chronic, relapsing, multifactorial disease - and not just the result of individual choices or people being lazy,” Cavalcanti told Euronews Next.

“But there’s still so much we don’t know. We definitely need more funding and research into the topic”.

For adults, the WHO defines obesity as having a body mass index (BMI) greater than or equal to 30.

Research has identified hundreds of genes associated with obesity, as well as the key role played by ultra-processed foods such as packaged snacks, microwaveable meals and fast food meals.

Global marketing rules, trade, agriculture, and the environment are all part of the “systemic problem“ that is obesity, Cavalcanti argued.

Screen addiction and the boom of remote work have also been blamed for our collective lack of exercise. But with the rise of fitness trackers, smart scales and food scanner apps, can tech help fight the obesity pandemic?

Cavalcanti cautions: not everyone finds it helpful to monitor their diet or their steps, and wearable tech certainly won’t fight obesity on its own.

“The roots are really deep, we’re talking about food systems and policies. We can’t really have an individual response to a systemic problem,” she said.

Global health experts have been sounding the alarm over the rise of obesity for years, yet the tide is not turning.

“In this space, we often see that the problem seems so insurmountable and so big that it actually triggers inaction,” Cavalcanti said.

“Actually the problem is so big because this has been the approach so far, and it needs to change”.

She hopes the COVID-19 pandemic, which exposed how obese people were at much higher risk of severe disease and death, could prove a tipping point.

“We now understand that postponing action any more would really make matters worse. We need to take action now.”