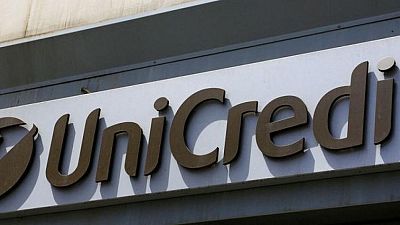 By Valentina Za and Andrea Mandala

MILAN -Italy’s third-largest bank Banco BPM has occupied a special place on the wish list of Andrea Orcel since the veteran dealmaker took the reins at UniCredit last April, several sources have said.

The chief executive was about to launch a takeover bid in February when a leak sent Banco BPM shares flying and a few days later Russia invaded Ukraine, derailing his plans for now, sources told Reuters.

A 14 billion euro credit exposure to Russia puts UniCredit in the eye of the storm, keeping Orcel busy.

Yet Banco BPM ultimately remains the perfect domestic target for UniCredit. Here is why.

Purchasing Banco BPM would help UniCredit catch up with rival heavyweight Intesa Sanpaolo which has secured more than a fifth of the Italian market with its 2020 surprise takeover of UBI, Italy’s healthiest mid-tier bank.

Intesa’s 22% market share is twice that of UniCredit, a gap between Italy’s top two banks which bankers and analysts consider too wide.

With around 4 million clients, Banco BPM commands a market share of 6.7% nationwide. Its strongest selling-point, however, is that 77% of its 1,500 branches are in Italy’s richer north.

Born from the merger of Milan-based BPM with Verona based Banco Popolare, Banco BPM controls 12% of the banking market in Lombardy, Italy’s industrial heartland which accounts of a fifth of the country’s economic output.

By contrast, UniCredit’s Lombardy market share of 6% is widely seen as too small for the country’s No.2 bank.

The prospects of higher interest rates before the Ukraine crisis broke meant Orcel wanted to move on Banco BPM before expected rate hikes got factored into the target’s share price.

Analysts say Banco BPM stands to benefit proportionally more than rivals from a tightening in the European Central Bank’s monetary policy, but rate increases had not yet been priced in.

Banco BPM calculates that a 100 basis point increase in interest rates would generate additional income from its lending business of 430 million euros based on its fourth-quarter data.

Up until Russia’s invasion of Ukraine, Orcel’s $18 billion payout promise had helped UniCredit shares gain more than a fifth in value since Dec. 9 when he outlined the bank’s new strategy to 2024.

Orcel was keen to capitalise on UniCredit’s share price rise which gave him a stronger currency to pay in an all-share deal, sources have said.

The rally in UniCredit shares and the fact that Banco BPM did not yet benefit from the tightening rate cycle gave Orcel a window of opportunity which has closed for the time being.