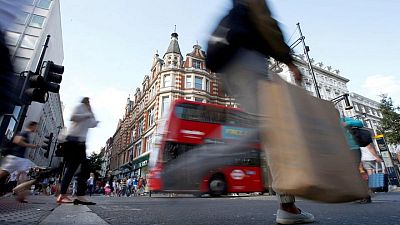 LONDON – People in Britain turned more pessimistic this month in the face of fast-rising inflation and the prospect of more interest rate hikes by the Bank of England, a survey showed on Friday.

The GfK Consumer Confidence Index fell to -19 in January from -15 in December. This was its lowest since February 2021 when the country was under a strict coronavirus lockdown, and compares with -7 in February 2020 just before the pandemic hit Europe.

“Despite some good news about the easing of COVID restrictions, consumers are clearly bracing themselves for surging inflation, rising fuel bills and the prospect of interest rate rises,” he said.

Staton said it was unlikely that the mood would improve once the current wave of Omicron coronavirus infections passes, because worries had shifted to the cost-of-living squeeze which was likely to affect people for months to come.

The Bank of England is likely to raise interest rates for a second time in two months on Feb. 3, taking Bank Rate to 0.5%, before raising borrowing costs possibly three more times this year, according to interest rate futures markets.

Inflation in Britain hit a nearly 30-year high of 5.4% in December, according to data published on Wednesday. Economists say it could top 7% when domestic fuel bills rise in April, just when workers will face a tax increase.

The government of Prime Minister Boris Johnson, under intense fire over Johnson’s admission that he attended a party during a lockdown and other gatherings in Downing Street, is considering ways to soften that hit.

GfK’s measure of how willing people are to make big purchases fell by four points to -10, its lowest since October but 14 points higher than it was in January last year. The survey of 2,000 people was conducted between Jan. 4 and Jan. 12.