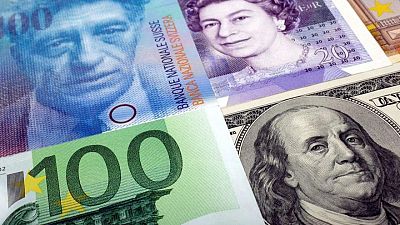 NEWYORK – The dollar index dipped on Friday in quiet holiday trading, but was set to end 2021 with a gain of nearly 7% as investors bet the U.S. Federal Reserve will raise rates earlier than most other major economies amid surging inflation driven by COVID-19 stimulus initiatives.

(Graphic: world currencies versus the dollar in 2021 http://tmsnrt.rs/2egbfVh))

Set for its best year since 2015, the dollar has been supported by an improving U.S. economy and persistent inflation that led to a hawkish turn by the Fed, which is now expected to begin raising interest rates as early as March. [FEDWATCH]

The best performer of the major currencies against the dollar in 2021 was the Canadian dollar, which was around flat for the year, helped by expectations the Bank of Canada will begin tightening its monetary policy as soon as January.

The worst performer versus the greenback among the majors was the Japanese yen, which is down around 10% this year.

The euro, which makes up the biggest weighting in the dollar index, was down a little more than 7% in 2021, with the European Central Bank (ECB) “sticking to ultra-dovish monetary policy settings while the Fed accelerates its taper and looks to hiking,” analysts at Scotiabank said in a note to clients.

“We see continued weakening in the shared currency next year to the 1.10 mark and likely beyond as headwinds remain firmly in place, where only the (highly unlikely) chance that the ECB hikes in late-2022/early-2023 possibly providing some support,” they said.

The euro was down around 6% on the year versus sterling, as easing concerns in Britain about the economic impact of the pandemic boosted the British currency, with analysts expecting more rate rises from the Bank of England in 2022.

While sterling was at its highest level against the euro since February 2020, it was down a little over 1% against the dollar for the year.

The biggest laggard of the year by far, while not considered a major currency, was the Turkish lira, which was down around 44% against the dollar in its worst year in two decades, battered by soaring inflation and the Turkish government’s unorthodox monetary policy.