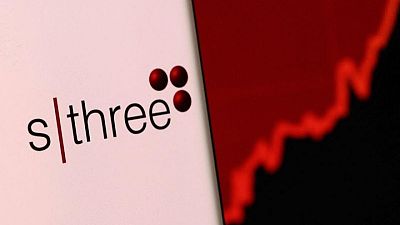 -SThree Plc on Monday announced the departure of CEO Mark Dorman after close to three years with the British recruiting firm, while predicting record annual profit as the reopening of economies has spurred a hiring boom.

Dorman, who will resign by Dec. 31 due to personal reasons, will be replaced on an interim basis by insider Timo Lehne.

SThree’s shares, which have gained more than 80% in value since Dorman joined in March 2019, were down 11% as the company also said higher investments in the year ahead would mean its profit margins would stay at current levels.

The company, which specialises in hiring in the science, technology, engineering and mathematics (STEM) sectors, said net fees earned grew 19% from 2020 and 9% from 2019 in the year ended Nov. 30.

Hiring has been robust across all its major markets, the company said, with the United States – the world’s largest STEM staffing market – seeing strong demand for software development, clinical operations and more roles in the renewables sector.

Finance chief Andrew Beach told Reuters its clients’ churn rate was “a little bit higher” from pre-pandemic levels because people were just stuck in their current jobs for the last couple of years.

“But now they are starting to think about moving now so we would have expected a spike in churn,” Beach added.

Beach said that Sthree’s revenue from the life sciences space had flipped towards matters related to vaccines, compared with a pre-pandemic focus on the use of medicine-related technology or machinery.

Recruitment firms have been benefiting from a spike in hiring activity as clients rush to fill up vacancies while they ramp up their businesses amid a recovery.