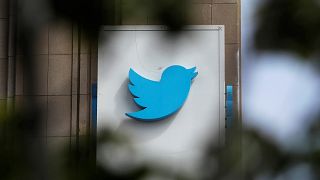 Twitter has banned users from posting photos and videos of people who are outside of the public eye in a major update to its private information policy.

The platform said the update will "curb the misuse of media to harass, intimidate, and reveal the identities of private individuals".

Violations already revolve around what is commonly referred to as doxxing, which means posting personally identifying information online for the purpose of harassment. This includes addresses, contact information, and even financial records.

The social media giant said the move should help to protect those disproportionately impacted by the "misuse of media," such as women, activists, dissidents, and people from minority communities.

The update comes days after Jack Dorsey stepped down as Twitter CEO, being replaced by Parag Agrawal.

How will it be enforced?

In its blog post, Twitter said that posts in violation of the updated policy will be removed when it is notified by the individuals depicted without consent, or by a representative.

It does not apply to people in the public eye, such as politicians or celebrities, unless the purpose of the tweet is harassment or intimidation. This would then be in violation of the platform’s policy on abusive behaviour.

Images or videos of people participating in large scale public events, such as protests or sports games, may not fall under the new policy, however.

Twitter - along with rival social media platforms such as Meta (formerly Facebook) - has been at the heart of debates around the limits of freedom of expression, with critics accusing the platform of taking too long to address hate speech, harassment, and other harmful behaviours.

Dorsey stated in 2018 that the company was committed to "collective health, openness, and civility of public conversation, and to hold ourselves publicly accountable towards progress".

"We have witnessed abuse, harassment, troll armies, manipulation through bots and human coordination, misinformation campaigns, and increasingly divisive echo chambers. We aren’t proud of how people have taken advantage of our service, or our inability to address it fast enough," he wrote at the time.