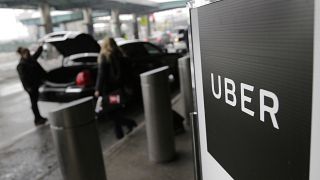 Ride-hailing app Uber faces legal action from the United States government after it allegedly charged disabled people waiting time fees for taking longer to get into its vehicles.

Uber's "wait time" fee kicks in two minutes after a driver arrives at the pick-up point, and is charged up until the car starts moving again.

The United States Justice Department alleges that Uber violated anti-discrimination laws by failing to modify the fees for passengers with disabilities.

Uber did not deny that it had charged the waiting time fees, but stated that its policy was to refund disabled passengers when they alerted it to the fact that they had been charged.

The company said it had been working on the issue with American authorities and was "surprised and disappointed" by the lawsuit against it.

"Wait time fees are charged to all riders to compensate drivers after two minutes of waiting, but were never intended for riders who are ready at their designated pickup location but need more time to get into the car," Uber said in a statement.

The company added that, as of last week, any passengers certified as disabled would have their fees automatically refunded.

The government lawsuit is seeking an order for Uber to change its fee policy, train staff and drivers and pay damages to people subject to the wait time charges. It also demands that Uber be fined.

This is not the first time Uber has been tripped up by its own automated systems. In October, a driver in London took the company to an employment tribunal, claiming he had been unfairly sacked after a facial recognition system failed to recognise him.

The driver, who is Black, alleged that Uber's British subsidiary deactivated his account after failing to recognise him in two separate photographs, leaving him unable to work.