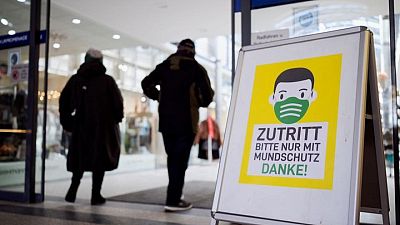 Retail sales, a proxy for consumer demand, in the 19 countries sharing the euro, fell 0.3% month-on-month in September and were up 2.5% from a year earlier, the European Union’s statistics office said.

Economists polled by Reuters had expected a 0.3% monthly rise in retail sales and a 1.5% year-on-year increase.

Part of the month-on-month miss, however, may be down to revisions as retail sales in August were now estimated to be up 1% compared with a 0.3% rise reported earlier.

With energy prices soaring, coronavirus infections rising and supply chain bottlenecks dragging on, consumers are expected to become even more cautious in the coming months, a trend already evident in PMI data that showed business growth slipping to a six-month low in October.

High petrol prices are also expected to curb household purchasing power, leaving families with less to spend on other goods.

Eurostat said car fuel sales rose 1% on the month while food, drinks and tobacco sales rose 0.7%. But non food sales dropped by 1.5%, including a 1.4% decline in Internet and mail order sales.

Germany, the euro zone’s biggest economy, recorded the largest, 2.5% drop in retail sales but Finland and the Netherlands were also deep in negative territory.