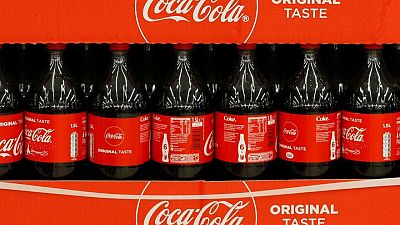 – Coca-Cola Co said on Monday it would buy the remaining stake in BodyArmor it did not already own for $5.6 billion, as the soda maker amps up its sports drink portfolio to take on market leader, PepsiCo Inc’s Gatorade.

The deal marks a shift in strategy for the world’s largest beverage maker after it spent the last year offloading or discontinuing brands, including its own energy-drink brand, to focus on Coca-Cola sodas.

The deal, which values BodyArmor at about $6.59 billion, is Coca-Cola’s largest for a single brand; It comes about three years after the company bought British coffee chain Costa for $5.1 billion.

BodyArmor, which markets itself as electrolyte-filled energy recovery drink for athletes, currently makes about $1.4 billion in annual retail sales and has a 50% growth rate, Coca-Cola said. “It gives Coke a strong stable of products in the rapidly growing sports hydration category. It’s a nice premium brand that has opportunity for expansion over time,” Edward Jones analyst John Boylan said about BodyArmor that gained popularity after basketball star Kobe Bryant backed it in 2013.

However, Boylan believes the massive deal would only “give Coke a solid No. 2 position in an attractive category”.

Coca-Cola, which had first acquired a 15% stake in BodyArmor in 2018, said the brand’s co-founder Mike Repole will stick around after the deal to advise on the marketing and packaging of products.

At the time Coca-Cola took its initial stake, BodyArmor was valued at $2 billion, according to a Sunday Wall Street Journal report https://www.wsj.com/articles/coke-to-pay-5-6-billion-for-full-control-of-bodyarmor-11635713140.

The deal comes as Coca-Cola and rival PepsiCo face immense supply chain bottlenecks, forcing the companies to raise prices to counter higher freight and raw material costs. PepsiCo has even said it has had to deal with a shortage of Gatorade bottles.