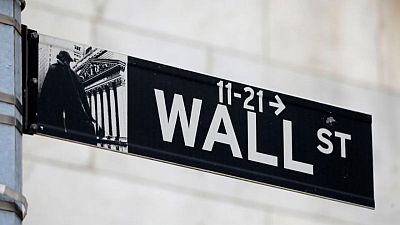 By Katanga Johnson and Herbert Lash

WASHINGTON/NEWYORK -Global equity markets rose on Monday as investors await clarity from the U.S. Federal Reserve as to whether it will might raise interest rates sooner than they anticipated several months ago, before a sustained bout of inflation.

Wall Street advanced to record highs as gains for energy shares and Tesla were countered by declines in the tech sector only to stumble slightly lower, closing the session mixed. European stocks also hit record highs following upbeat earnings reports and a surge in banking shares.

The pan-European STOXX 600 index rose 0.71% and MSCI‘s gauge of stocks across the globe gained 0.44% as the multi-national mood was supported by Japan’s post-election boost and stabilizing coal prices in China.

The euro zone bank sector touched its highest level in more than two years and was the day’s best performer as bond yields surged on expectations the European Central Bank will hike rates next year. [GVD/EUR]

The Federal Reserve on Wednesday is expected to approve plans to scale back its $120 billion monthly bond-buying program put in place to support the economy, while investors will also be focused on commentary about interest rates and how sustained the recent surge in inflation is.

“This (meeting) is going to be a relatively big deal,” said Paul Nolte, portfolio manager at Kingsview Investment Management in Chicago. “We are expecting to hear the glide path for tapering the bond purchases.

“The market has to be on guard for a more aggressive, hawkish view from the Fed,” said Marc Chandler, chief market strategist at Bannockburn Global Forex.

Fed Chair Jerome Powell has said tapering would be over by mid-year 2022, which has been pegged as June, but that could also mean May, Chandler said.

The Reserve Bank of Australia meets on Tuesday, the Fed on Wednesday and the Bank of England on Thursday.

U.S. Treasury yields were mixed on Monday and German bond yields edged higher but trimmed earlier gains as investors retained their bets for two rate hikes from the ECB next year.

ECB President Christine Lagarde disappointed expectations of a firm pushback against the recent market pricing of two hikes next year, which are at odds with the bank’s inflation outlook.

“We may come out of (the) week past peak yield volatility, or at least, past peak rate hike fever,” said NatWest Markets strategist John Briggs. “A lot of the things that went parabolic and took market rate hike expectations to a boil are at least looking like they are calming a bit.”

Swaps pricing points to a better-than-even chance of the BoE hiking on Thursday, while the RBA will likely make some sort of guidance adjustment after again declining to defend its yield target on Monday.

And a U.S. Treasury Department-led regulatory body called for Congress to regulate issuers of “stablecoins” like banks and urged financial agencies to assess whether the role of these fast-growing digital assets in the country’s payments system posed a systemic risk.

Oil prices settled higher on Monday as expectations of strong demand and a belief that a key producer group will not turn on the spigots too fast helped reverse initial losses caused by the release of fuel reserves by No. 1 world energy consumer China.