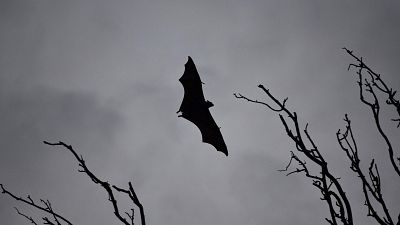 As the world continues to grapple with COVID-19, there is another virus that is one of the next pandemic threats, warns a scientist who is one of the Oxford/AstraZeneca vaccine inventors.

It goes by the name of the Nipah virus and there is currently no treatment or vaccine.

“If we had a delta type of Nipah virus, we would suddenly have a highly transmissible virus with a 50 per cent mortality rate,” Dame Sarah Gilbert said during an event at the Cheltenham Festival of Literature in the United Kingdom on Thursday.

So, what is the Nipah virus and should we be worried?

The Nipah virus is not new and has been lurking for years. In 1999, the virus arrived in central Malaysia after it found a host in bats, who then stopped over to eat from fruit trees that hung over pig farms.

The pigs ate the leftovers from the bats and the virus passed through the pigs to the humans that worked with them.

How is it transmitted?

Transmission is thought to have occurred via unprotected exposure to secretions from the pigs, or unprotected contact with the tissue of a sick animal.

About 105 Malaysians died within eight months after contracting the virus after suffering comas, fevers and brain inflammation. Nipah killed about 40 per cent of those infected.

Nipah virus can be transmitted to humans from animals as well as by contaminated foods and human-to-human contact.

What is the threat today?

Nipah now erupts annually in Bangladesh and also emerges periodically in eastern India. In September, a 12-year-old boy died after contracting the virus.

The World Health Organization (WHO) says in subsequent outbreaks in Bangladesh and India, consumption of fruits or fruit products (such as raw date palm juice) contaminated with urine or saliva from infected fruit bats was the most likely source of infection.

According to the WHO, countries with certain bat species may also be at risk, including Cambodia, Ghana, Indonesia, Madagascar, the Philippines, and Thailand.

Fruit bats of the Pteropodidae family are the natural host of the Nipah virus.

Human-to-human transmission of the Nipah virus has also been reported among family and caregivers of infected patients.

From 2001 to 2008, around half of reported cases in Bangladesh were due to human-to-human transmission through providing care to infected patients.

How deadly is the virus?

The fatality rate in reported cases is estimated at between 40 per cent and 75 per cent, according to the WHO.

Humans can develop asymptomatic infections but symptoms can range from mild to severe respiratory infection, and fatal encephalitis (brain inflammation).

Some people can also experience atypical pneumonia and severe respiratory problems. Encephalitis and seizures occur in severe cases and can progress into a coma.

There is currently no treatment or vaccine for Nipah for humans or animals. The main treatment for humans is supportive care.