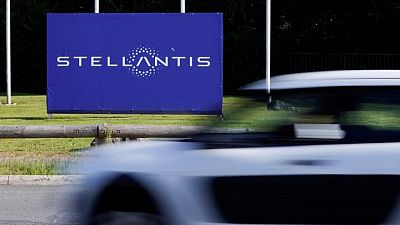 By Giulio Piovaccari and Mike Spector

-Sergio Pasini, a manager at former carmaker Fiat Chrysler (FCA), now part of the Stellantis group, was released on Wednesday after being arrested two days before as part of a U.S. inquiry into diesel emissions rigging, a source familiar with the matter said.

Pasini was arrested on Monday in the northern Italian city of Ferrara during a regular patrolling service, police told Reuters earlier on Wednesday.

However, in a hearing on Wednesday the Court of Appeal of the city of Bologna ruled that Pasini should be freed as there was no risk of him escaping, the source said.

Pasini was ordered to attend a hearing in Bologna in 40 days, when all documents and a full arrest order from U.S. authorities are available, at which the court will rule on a request for extradition to the United States, the source added.

Pasini’s lawyers, Marco Calleri and Andrea Rossetti, did not comment.

His arrest follows an indictment in the United States earlier this year of Pasini on charges that included conspiring to rig diesel-powered vehicles to cheat on government emissions tests, another source said earlier on Wednesday.

Stellantis unit FCA U.S. said in an emailed statement it would continue to fully cooperate with the authorities regarding the diesel emissions issue and had nothing else to add beyond previous statements made on the matter. The company has previously denied purposefully attempting to evade emissions requirements.

In April, the U.S. Justice Department unveiled an indictment charging Pasini with conspiring to calibrate software in vehicles with diesel engines so they could dupe U.S. emissions tests and then pollute beyond legal limits on roadways.

Two other employees were also charged in the alleged emissions fraud.

At issue are more than 100,000 diesel-powered Ram pickup trucks and Jeeps that were part of FCA‘s U.S. lineup.

The Justice Department is conducting a separate ongoing criminal investigation of the company.