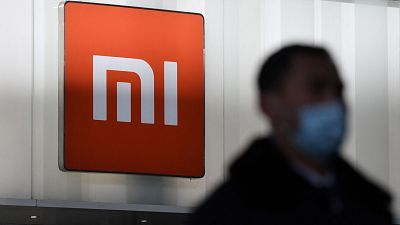 Lithuania's deputy defence minister said the proposed law would have a similar effect to a previous decision on 5G infrastructure   -   Copyright  GREG BAKER / AFP
By Tom Bateman  with Reuters  •  Updated: 28/09/2021

Lithuania plans to ban its state institutions from using "untrustworthy" devices after its national cybersecurity centre found a censorship feature built into a Chinese-made smartphone.

Deputy defence minister Margiris Abukevicius said the Lithuanian Ministry of National Defence was preparing legislation that would ban the procurement of devices judged to pose a security risk, including smartphones, with a view to presenting it to the country's parliament by the end of this year.

"It's quite obvious that consequences of the legislation would be similar to those of the earlier legislation on 5G equipment," Abukevicius told the Reuters news agency.

In a statement to Euronews Next, the Lithuanian defence ministry confirmed that it was working on legislation to ban some devices, saying that the scope of the plans were not yet known.

"At the moment, we are working in defining the scope of the legislation, in terms of which institutions (the ones which are important to national security) will fall under the new regulation, what ICT products/hardware/software procurement will be affected, and what criteria will be set to allow only trusted suppliers to participate in the procurement process," a spokesperson said.

Even before the vote, the CEO of mobile operator Telia Lietuva told local media that the company had abandoned Huawei's technology for "geopolitical reasons" in November.

'Throw away your Chinese phone'

Lithuania's defence ministry made headlines last week after it told consumers to "throw away" their Chinese phones.

The ministry issued the warning after researchers from the country's national cybersecurity centre found that a phone made by Chinese company Xiaomi was able to detect and censor phrases such as "Free Tibet," "Long live Taiwan independence" and "democracy movement".

While the censorship feature was switched off on phones sold in Europe, the device was "technically enabled to activate the functionality remotely at any time," the researchers said.

In response, Xiaomi said that its Mi 10T 5G phone "does not censor communications to or from its users".

On Monday, Xiaomi announced that it would hire third-party experts to assess Lithuania's allegations of censorship.

"While we dispute the characterisation of certain findings, we are engaging an independent third-party expert to assess the points raised in the report," a Xiaomi spokesperson said.

The company said it uses advertising software to shield users from content such as pornography and references that offend local users, which it said was standard in the industry.

Abukevicius said Xiaomi's statement was equivalent to "admitting the phones are capable of content filtering".

"Our investigation found that the blacklist for the filters contained only politically motivated terms. If a new list turns up, that would not negate our findings, it would just show that the company is trying to repair its reputation," he said.