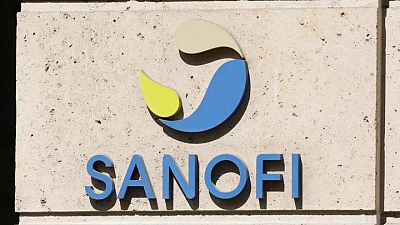 PARIS -Sanofi has offered to buy U.S. biotech company Translate Bio, two sources familiar with the situation said on Monday, as the French drugmaker bets on next-generation mRNA technology after setbacks in the COVID-19 vaccine race.

Shares in the New York-listed biotech company soared more than 70% to above $50 in extended trading, building on the big gains in the stock as investors have piled in to the sector amid a rush to develop vaccines and treatments to tame the pandemic which has killed 4.3 million and roiled the global economy.

An offer for all Translate Bio shares had been made to the U.S. group’s shareholders, the sources said. The persons declined to be identified due to the confidentiality of the talks.

A spokeswoman for Sanofi declined to comment and Translate Bio did not respond to requests by email and phone for comment.

Financial terms of the offer were not known. Translate Bio’s market value has soared fivefold since the start of the pandemic, to about $2.2 billion at the close on Monday. During trading on Thursday, its shares hit an all-time intraday high of $36.98. If successful, the takeover would mark the latest interest by a large pharmaceutical company in mRNA technology, following its proven success in COVID-19 vaccines developed by Pfizer/BioNTech and Moderna. The messenger RNA (ribonucleic acid) approach, an area of Translate Bio expertise, instructs human cells to make specific proteins that produce an immune response to a given disease. Sanofi and Translate Bio have been working together since 2018 and joined forces last year to develop an mRNA-based COVID-19 vaccine. They expect interim results of their Phase I/II clinical trial in the third quarter.

The two companies are also looking at mRNA vaccines for several infectious diseases and in June started a Phase I trial evaluating a possible mRNA-based vaccine against seasonal influenza, building on Sanofi’s expertise as one of the world’s top flu vaccine makers.

TOUGHYEAR Sanofi’s interest comes after a tough year for the French drugmaker after falling behind rivals with less experience in the COVID-19 vaccine race, a major blow to CEO Paul Hudson who joined the company almost two years ago. Sanofi warned last year its traditional, protein-based COVID-19 jab developed with GlaxoSmithKline showed an insufficient immune response in older people, delaying its launch until toward the end of 2021. Hudson has also been under increasing pressure to reduce the company’s dependence on its star eczema treatment Dupixent to boost earnings. Earlier this year, it agreed to fill and pack millions of doses of shots made by Pfizer/BioNTech, Johnson & Johnson and Moderna. Translate Bio, set up in 2016, has not launched any drugs on the market but its clinical-stage pulmonary product using its mRNA platform is being tested as an inhaled treatment for cystic fibrosis in a Phase I/II clinical trial, its website says.