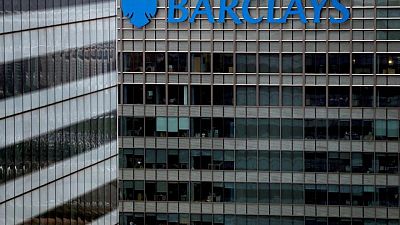 LONDON – Barclays has elevated one of its most senior M&A bankers, Pier Luigi Colizzi, to lead its investment banking business in continental Europe while also giving him a seat on its Europe executive committee, according to a statement on Wednesday.

Colizzi, who heads the M&A franchise in Europe, the Middle East and Africa, will retain his current responsibilities and lead the M&A team out of Milan where he recently relocated.

A 27 year-old investment banking veteran, he joined Barclays in 2012 and has been instrumental in winning mandates on behalf of a wide range of clients including energy firm Enel and telecom operators Telenor and Masmovil.

Colizzi’s appointment is part of a series of internal promotions under a revamp of the investment banking leadership, aimed at making the most of booming activity.

Global M&A broke records for a second consecutive quarter this year, with deals worth $1.5 trillion announced in the second quarter as companies continued to borrow cheaply and spend their cash reserves on transformative deals to reposition themselves for the post-COVID world.

The British bank recently appointed Jean-Francois Astier and John Miller as co-heads of investment banking along with Kristin Roth DeClark and Taylor Wright as global co-heads of capital markets.

Barclays has also reshuffled its financial institution group (FIG) following the departure of its EMEA technology co-head Ahsan Raza who is taking on an executive job as chief financial officer of Calastone, an investment funds transaction network backed by Carlyle, a source familiar with the matter said.

Barclays’ head of FIG for central and eastern Europe (CEE), Greece and Turkey, Luca Maiorana, has been promoted to lead the fintech banking franchise for EMEA, according to a memo seen by Reuters.

Maiorana, 36, is also in charge of asset management across EMEA.

To strengthen its fintech coverage Barclays has poached Standard Chartered’s global head of fintech banking, Lucy Demery, who recently joined as a managing director in London.

Its EMEA fintech team has dedicated bankers focusing on key areas where finance and technology converge, such as Alfonso Martinez and Rodolfo Pambianco covering exchanges and insurance-tech, respectively, while Marco Dell’Aria Burani looks after wealth-tech and Tihomir Kerkenezov digital banks.