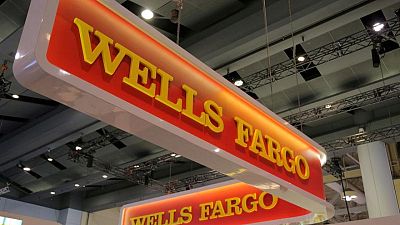 -Wells Fargo & Co’s Chief Executive Officer Charlie Scharf said the bank was not yet planning for the end of a damaging asset cap imposed by regulators after it smashed Wall Street estimates for second-quarter earnings.

The Federal Reserve in early 2018 ordered Wells Fargo to keep its assets below $1.95 trillion, until it had improved its governance and risk controls following a wave of sales practice scandals.

The asset cap constrains Wells Fargo’s ability to make new loans and grow as rapidly as rival banks, and Scharf has pushed for its removal since his appointment in September 2019.

Asked by analysts if the bank was factoring an end to the cap into future projections, Scharf replied: “We’re not even thinking about what life is like without the asset cap.”

Scharf is battling to turn the bank around after two other chief executives failed to do so, and the bank had to spend billions of dollars for litigation and remediation expenses.

The second-quarter demonstrated progress, as Wells Fargo cut costs and benefited from an improving economy.

The bank released $1.6 billion in funds it had set aside to cover loans that might have gone bad in the second quarter.

Analysts on average had expected a profit of 97 cents per share, according to estimates from Refinitiv.

Its results in the prior-year quarter were hit by $9.5 billion in loan-loss reserves and a $1.2 billion loss tied to the sales scandal.

Wells Fargo, which have risen 47% since the start of the year, were up 2.4% in afternoon trading.

Executives gave more details on the bank’s path to hitting a long-term target of a 15% return on tangible common equity (ROTCE), a key metric which measures how well a bank uses shareholder money to produce profit.

Bank-wide expenses at Wells Fargo fell 8%, primarily due to lower operating losses, as well as reduced spending on consultants and contractors, the bank said.

However, average loans fell to $855 billion in the quarter from $971 billion a year earlier, with commercial banking posting the biggest decline at 22%.

Soft loan demand combined with rock-bottom interest rates also sent net interest income – a key measure of how much lenders can make on the difference between what they earn from loans and pay out on deposits – 11% lower.

The lender said revenue at its banking unit was hurt by lower debt capital markets earnings and the impact of lower interest rates as well as an asset cap on deposits.

Wells Fargo has fewer ways to cushion declines in revenue from low interest rates as the bank does not have a large capital markets business like JPMorgan Chase or Citigroup Inc.