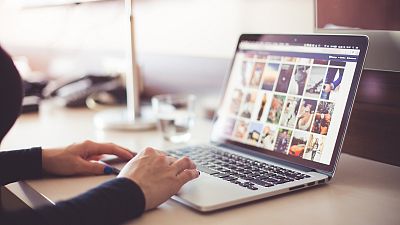 Online services are beginning to return to normal after a large-scale outage on Tuesday plunged parts of the world into a brief internet blackout.

Several websites around the world, including major media outlets such as the New York Times, Le Monde, the BBC, the Guardian, the Financial Times, as well as the Reddit platform, were inaccessible after an internet outage that lasted around an hour.

The sites displayed messages such as "Error 503 Service Unavailable" or "Connection Failure".

As well as media outlets, government sites were also impacted, including in the US and the UK.

What caused the outage?

Fastly, a content distribution network (CDN) provider based in Silicon Valley, admitted that an issue with its system was responsible for the outage.

It has not said exactly what went wrong but blamed it on a configuration error.

At 14.49 pm CET Fastly said it had "observed recovery of all services" and resolved this incident.

It warned, however, that customers could still experience "a period of increased origin load and lower Cache Hit Ratio (CHR)."

In an email to Euronews, Fastly said there will be a Fastly Service Advisory document published "in due course," which should detail why the incident occurred.

What does it mean and what are CDNs?

CDNs are a key part of the internet infrastructure. Companies around the world depend on banks of servers to improve internet performance and access to online services.

One way they do so is with CDNs, which cache or store data on servers closer to the user to make it easier for them to access web content quickly.

The idea behind CDNs is to remove any potential bottlenecks in internet provision, and have steadily grown in use around the world to help provide access to live and on-demand streaming services, applications, and social media platforms.

The result of a glitch at Fastly, which describes itself as an "edge cloud platform," was that internet users were unable to access content and services depending on the CDN they use.

Fastly is widely used by media organisations which is why news sites, in particular, were adversely affected by the outage. Amazon's online retail operation was also down.

Deliveroo, Pinterest, and Shazam are also high-profile clients of the provider.