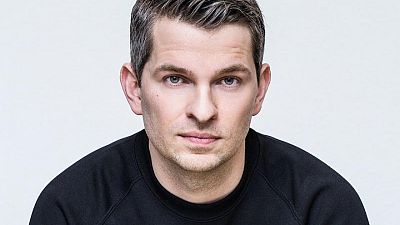 BERLIN (Reuters) – Berlin-based software startup Pitch styled itself as a Powerpoint killer when it launched last October. Now, armed with fresh financial backing, it wants to become a new “Youtube for presentations”.

Founder and CEO Christian Reber has raised $85 million in a venture funding round led by Lakestar and Tiger Global in which existing investors Index Ventures and Thrive Capital also chipped in.

Reber is also rolling out a series of new features to build a content and publishing ecosystem that, he says, will serve as the basis for a global community of creators that can share work and innovate together.

“We are working towards building the world’s first complete platform for presentations,” Reber told Reuters in an interview on Thursday.

Entrepreneur Reber built and sold to-do app Wunderlist to Microsoft in 2015 for a price reported to be between $100 million and $200 million.

He went on to work at the U.S. software giant’s Redmond headquarters, where he failed to settle. He left in 2017 and, with the core Wunderlist team, embarked on his current venture.

In taking on Microsoft’s workhorse slide deck app, Pitch https://pitch.com is embracing a digital workplace zeitgeist defined by apps like Slack and Zoom, whose CEO Eric Yuan is an early backer.

Pitch enables decentralised teams to collaborate on a shared workspace, so that they can assign tasks, comment on each other’s input and hold impromptu video calls to debate progress.

New features include options to highlight, record and play back presentations so that people can review them when they want. Advanced analytics will help presenters find out what content interests people and what causes them to tune out.

Reber said tens of thousands of teams had already created a total of 125,000 shared workspaces on Pitch, including companies like Intercom, Superhuman and Notion.

Its product is free to use and publish, with a Pitch Pro version priced at $10 per member per month adding unlimited storage, video uploads, version history and administrator rights.

Reber declined to disclose Pitch’s financials but said he was focused on scaling profitably. In addition to the rollout of new features, an enterprise version tailored to larger companies is planned for next year, he said.

A source familiar with the matter said the Series B venture round valued Pitch at $600 million.