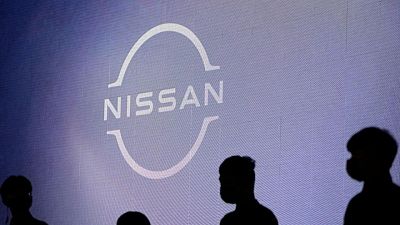 <p><body> <p><span class="caps">TOKYO</span> (Reuters) -Nissan Motor Co reported on Tuesday a record annual loss as the coronavirus pandemic hit vehicle sales and a global shortage of semiconductors forced the carmaker to cut production.</p> <p>Nissan, Japan’s No. 3 carmaker by sales, said its annual operating loss widened in the year ended March 31 to 150.65 billion yen ($1.38 billion) from a 40 billion yen shortfall in the previous year. It marked the worst performance in 12 years for the carmaker, which has not made a profit since the the year ended March 2019. </p> <p>However, it beat its February forecast of a 205 billion yen loss thanks to a sales recovery in China and cost cutting.</p> <p>The global auto industry has been grappling with a chip shortage since the end of last year, exacerbated in recent months by a fire at a chip plant in Japan and blackouts in Texas where a number of chipmakers have factories.</p> <p>Nissan, which is pulling back from the global expansion pursued by ousted chairman Carlos Ghosn, had to cut production of its best-selling Note compact car in Japan and make short-term output adjustments at its North American operations last quarter due to the chip shortage.</p> <p>For the new fiscal year that started on April 1, the carmaker said it expects to break even, lower than a 241.7 billion yen profit forecast by 18 analysts compiled by SmartEstimate. </p> <p>($1 = 108.8400 yen)</p> <p> (Reporting by Eimi Yamamitsu; Editing by Susan Fenton)</p> </body></p>