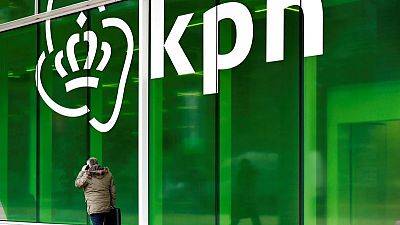 AMSTERDAM (Reuters) -Royal KPN NV is investing in infrastructure for the first time in 26 years and is not seeking to be bought, its CEO said on Friday as the Netherlands’ largest telecoms operator reported first quarter earnings in line with estimates.

Reports that private equity firms hope to purchase KPN have surfaced four times over the past year, most recently in early April, [L1N2M10BN], but Chief Executive Joost Farwerck dismissed them as “rumours”.

“For the first time since I worked at KPN, and that’s 26 years, we are sticking our neck out to finally invest in infrastructure that we should have built years ago,” he said, referring to a 5-year plan to build out fibre optic networks unveiled in November.

“We’re going to create a lot of value, maybe not immediately in 12 months from now, but over a number of years,” he said.

He added that the management board would have to consider not only the price of any potential offer, but also the interests of employees and customers, and it intends to continue executing its current plan.

The company said first-quarter adjusted earnings before interest, taxes, depreciation and amortisation after leases (EBITDAL), came in at 568 million euros ($688 million), down from 575 million euros a year earlier, in line with analyst expectations. Revenue fell 2.9% to 1.29 billion euros.

KPN reiterated its forecast of adjusted EBITDA after leases of 2.345 billion euros this year, slightly better than the 2.32 billion euros it reported in 2020.

In November KPN announced plans to invest 3.5 billion euros in fibre optics over the coming three years as it seeks to reach 65% of Dutch households in urban and suburban areas.

In March it announced a joint venture with pension fund ABP to further increase the rollout, including to more rural areas, with ABP providing 440 million euros in equity funding, a move analysts said lessened the company’s possible rationale to seek other partnerships or a buyout.

Farwerck said on Friday it would be difficult to further accelerate the rollout by spending more money more quickly, given limits to the speed of getting permissions and physical constraints on construction.