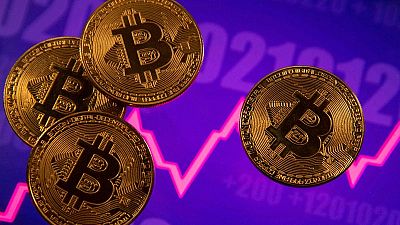 (Reuters) – Cryptocurrency firm Paxos said on Thursday it had raised $300 million at a valuation of $2.4 billion, in a funding round led by fintech and healthcare focused venture capital firm Oak HC/FT.

The latest investment in Paxos underscores surging investor interest in crypto firms, which have seen their perceived value increase in lockstep with bitcoin’s rise.

“Demand for our enterprise solutions has accelerated much faster than we could have anticipated,” said Charles Cascarilla, co-founder and chief executive officer of Paxos.

The company, which provides blockchain-based services to financial institutions and operates a cryptocurrency exchange, has now raised $500 million in total to date, it said.

Earlier this month, the New York-based company said it would apply for a formal clearing agency license from the U.S. securities regulator after a pilot test in which its platform was used for same-day trade settlements.

A clearing agency is an intermediary that facilitates the proper settlement of a trade between a buyer and a seller.