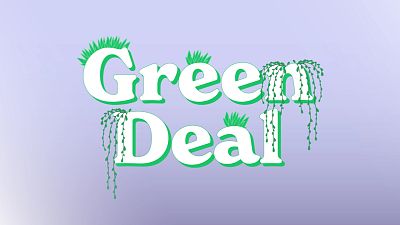 How will the Green Deal affect European citizens?

The Green Deal is the EU’s ambitious initiative to become the first climate-neutral continent by 2050. It was signed off at the end of 2020 and is the EU’s priority for its seven-year budget which begins in 2021.

It aims to transform Europe’s economy into a sustainable one from production to consumption, boosting the efficient use of resources, minimising waste and cutting greenhouse gas net emissions to zero.

A Climate Law, making the deal a legal obligation, is expected in the first half of 2021. Portugal has said this will be a priority for its six-month rotating EU presidency which began on the 1st of January 2021.

Sounds good, but are there any issues?

The move towards a low-carbon society is likely to put more of a burden on regions, countries and industries that rely heavily on fossil fuels.

The EU has said that the transition to a green economy must be “just and inclusive for all” and it is thus providing more than €100 billion to help regions that are most affected by the move to a green economy,

What’s the European Social Fund got to do with it?

Over the next seven years, it is investing more than €88 billion. This will help create new green jobs, support education opportunities and train people in new skills, as the economy moves towards a green and digital one.

Can the EU Green Deal empower business and consumer change?