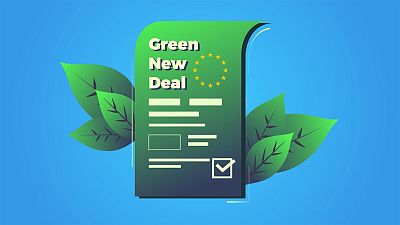 The European Commission has unveiled a major policy overhaul aimed at reaching zero CO2 emissions by 2050.

Every aspect of our daily life is set to change, from the air we breathe to how food is grown, from how we travel to the buildings we live in.

The targets to be reached by 2030 are a minimum 40% cut in greenhouse gas emissions compared to 1990 levels, a share of at least 32% renewables in final energy consumption and at least 32.5% in energy savings.

Europe will have to direct 1-2% of its annual GDP towards the green economy, including new infrastructure, public procurement, research and development and industrial retooling.

The EU Commission estimates that additional investments are needed to achieve the EU’s 2030 climate target total of €260 billion per year.

So that’s not enough to reach the target.

The €215 billion per year shortfall will have to be made up by contributions from households, corporations and above all national governments.