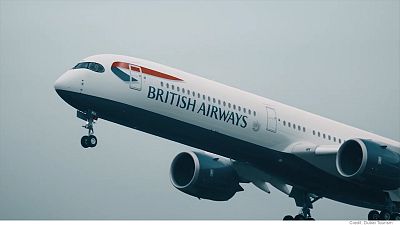 In the latest edition of Business Line, we look at economic woes with Brexit looming, as well as British Airways' strategy to outpace its rivals.

More than three years ago, the British electorate voted in favour of leaving the European Union, wiping more than 2 trillion euros off global markets in less than 24 hours.

Since that time, Britain's exit has been postponed twice leading to an erosion in investor confidence in the world's fifth-largest economy. Many investors are fearful that the economic impact of a hard Brexit could damage the global economy. In spite of the gloomy outlook, last summer saw British workers enjoy their largest wage increase in more than ten years with the unemployment rate dropping to historically low levels.

British Airways is renewing itself

Competition is heating up in the aviation sector, legacy carrier airlines that remain in operation must not just survive but stand out in a competitive market. But companies like British Airways are relishing the challenge by offering a whole new travel experience with its first-ever Airbus A350, which is operating on one of the world's most competitive long haul routes, London - Dubai.

The airline will be celebrating its 100th birthday this year and will mark the occasion by dusting off it's fighting gloves. The brand holds the number one position amongst British companies in YouGov's BrandIndex 2019 ranking, but its share price has dropped by nearly 40% since January 2018. As well as pilot strikes in recent weeks. With the new A350, the legacy airline will be hoping for growth and new beginnings.