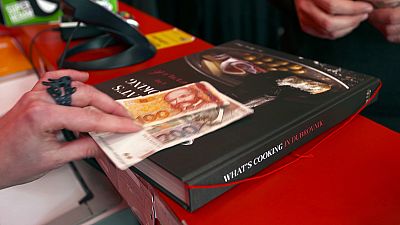 Have the benefits of the single currency been overlooked since the eurozone crisis, which peaked between 2010 and 2013? After all, growth has picked up across the European Union, and five million jobs were created between 2014 and 2017.

It’s almost a truism now to state that Brexit has the potential to break up the European Union. Marine Le Pen could also win the French presidential election and hold a referendum, as promised, on EU membership and the result could be that France votes to leave. Without France it is difficult to envisage the European Union surviving in its present form.

Nevertheless it is possible the EU and the eurozone may emerge from both the bloc’s existential crisis and its currency’s fiscal crisis even stronger. There have after all been greater surprises in recent world history than that of a revitalised and revivified European Union – such as the global financial crisis.

After the UK leaves there will be 27 EU states, 19 of whom have adopted the euro as their currency. Denmark negotiated an opt-out (as did the UK) which leaves Croatia, Poland, Bulgaria, Czech Republic, Hungary, Romania and Sweden.

So let’s examine the case of Croatia through the views of its central banker who is a strong advocate for joining the eurozone, but first some statistics.

With a population of 4.2 million, a GDP of 4.7 billion dollars and an economy expected to grow rapidly in the coming years, Croatia still has its own currency, the Kuna.

And Croatia has seen the biggest decline in unemployment in Europe – raising the debate of whether it, or other similar eastern European states, need to take the risk of joining the euro.

Boris Vujcic, the governor of Croatia’s national bank, is insistent that the euro is worth the risk. “Every foreign investor looks at a country and one of the main risks for the investment is if they invest and the currency goes down,” he told Euronews.

“It promotes trade in the same currency because there is no currency risk.”

Economic and Monetary Union policy – the policy underpinning the euro – is keen to protect Europe’s citizens, who are also its taxpayers, by separating their savings as well as public funds from any debts banks may fall into.

If Croatia does apply to join it will have to meet the “convergence criteria” – the economic vital statistics – that ensure it’s in good enough shape.

Convergence essentially means getting all the economies of the European states to converge within an acceptable range.

In essence the four main convergence criteria are:

Member states should have an average rate of inflation that doesn’t exceed by more than 1.5 percent that of the three best-performing member states in terms for a period of one year before being assessed.

Member states should have respected the normal fluctuation margins of the exchange rate mechanism and should not have devalued their currency against any other member state’s currency for at least the two years before being assessed.

Member States should have had an average interest rate over a period of one year before being being assessed that does not exceed by more than two percentage points that of the three best-performing Member States. Only the European Central Bank sets interest rates in the eurozone and national central banks can’t interfere.

In its second convergence report, published by the EU in June 2016, Croatia was found to have satisfied some but not all of the criteria – its public finances and exchange rate mechanism entry criteria failed it.

These criteria are now being strictly enforced. Analysts have pointed out that when Greece’s convergence criteria was being assessed the examiners were far too lenient and accommodating; the political desire for Greece to adopt the euro trumped the economic reality of whether they were really economically eligible to do so.

The EU’s budgetary criteria is also designed to prevent any unnecessary fiscal stimulus which might de-stabilise the economy, even in the face of high unemployment.

However, several countries, including Germany, France, and most notably, Greece, have broken this rule, and this has cast serious doubts about the ability of the euro area to maintain this rule.

“The problem is that today, we have a lot of discipline but we also have a lot of divergence,” Pierre Moscovici, the European Commissioner for Economic and Financial Affairs, told Euronews.

“If it’s only strong in the north of Europe and weak in the south, In the north they might say, why do we pay for those lazy people? In the south they can see that their economy’s weakening compared to the north, this is why again we must build convergence,” he said.

And the fallout from the 2008 financial crisis has put enormous strains on the eurozone. As Greece sank into ever worse levels of debt in 2012 and 2013 German voters were judged to be resistant to bailing Greeks out with billions of euros of financial assistance. But Berlin did agree to help with bail outs, along with assistance from the International Monetary Fund.

Despite all this Moscovici sounds confident about the eurozone project. “Some economies have efforts to make – but some other countries, which have room for manoeuvre as well as fiscally or through their current account surplus, can dedicate more of those toward investment,” he said.

Since the assessment of the convergence criteria is such a lengthy criteria the nine states may simply be adopting a wait and see policy. And if the eurozone can convincingly solve the debt crises in Portugal, Italy, Greece and Spain, it will certainly be a much more attractive proposition.

Where does Croatia fit into a Multi-Speed Europe?