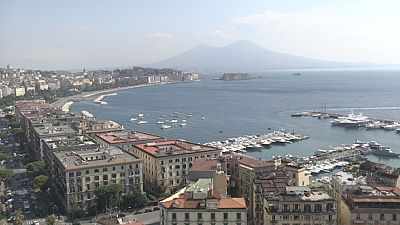 The role that small and medium enterprises have to play in reviving growth was the main theme at the third assembly of European SMEs held recently in Naples.

SMEs represent 99 percent of companies in Europe. They employ two out of three Europeans in work and account for two thirds of the added value of Europe’s economy each year.

With 26 million unemployed, the EU remains in crisis. It is estimated 740,000 jobs could be created by European SMEs this year. A positive sign for sure, but not much compensation for the nine million jobs lost in the small business sector since 2008.

Joanna Drake, the European Commission’s Director of Promotion of SMEs, told euronews that continuing support for small businesses is crucial: “We are not still at the point where we can take things for granted, that SMEs will continue to be created. So what do we have to do? I think it’s a very strong message that we still need to do a lot in terms of supporting not only start-ups but also helping them grow.”

Both the forthcoming banking union and eventual free trade agreements with Japan and the US should boost entrepreneurs. Morever the EU has a new programme to stimulate growth in SMEs.

COSME, as it is known, has a budget of 2.3 billion euros and will, among other things, facilitate access to finance among, said Ferdinando Nelli Feroci, EU Commissioner for Industry and Entrepreneurship: “I know that we don’t have a magic wand, I know that we can’t perform miracles, but we’re doing all we can with support systems and also with very specific, dedicated programmes that enable SMEs to use the instruments of collateral needed to get loans from banks.”

In 2013 only a third of entrepreneurs said they had managed to get the financing they needed. Creators of start-ups know only too well that you have to look beyond the traditional sources and turn, for example, to venture capital.

Benjamin Suchar, CEO of Yoopies, reinforced the point: “It’s easy to invest in a company that already has two or three million euros in turnover. It’s much harder to focus on a young entrepreneur when you know you can lose everything. There’s this phase; seed funding, really, it’s all about the ‘seed’. And it is this ecosystem that must be nurtured to have any hope of seeing a Facebook or Airbnb in Europe tomorrow.

The other great challenge for European entrepreneurs is to internationalise their business. Especially when you consider that by 2030, 60 percent of world growth will be generated by emerging economies.

In Naples several entrepreneurs were rewarded under the European Enterprise Promotion Awards scheme – initiatives that have created hundreds of jobs in Europe this year. Confirmation that entrepreneurial creativity can provide solutions in a time of crisis.