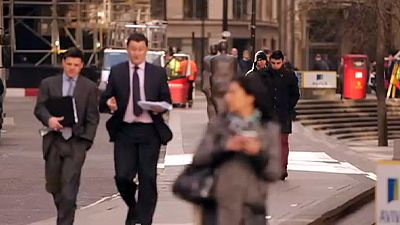 Twenty years after the launch of the single market we tend to take a lot of basic freedoms for granted.

Europe’s single market brought down trade barriers and ensures freedom of movement – 2.8 percent of Europeans now live and work in other EU countries. Most of them are of working age; only a small minority are students and retired people.

The single market also means freedom of movement for goods, services and capital – which is estimated to have increased EU GDP by between two and three percent.

These freedoms have increased exports and foreign direct investment. Businesses operating in the EU can now access 500 million EU consumers. It is the world’s largest free trade bloc and accounts for 20 percent of the world’s GDP.

This makes EU companies globally competitive, and they can hire the skilled labour they need from across Europe. But barriers, including administrative obstacles and lack of enforcement, still remain.

Who are the migrants

Tough economic times in Europe have led to heated debates about the more than 14 million European migrants. Who are they – and do they move for jobs or benefits?

The most talked about are the Romanians and Bulgarians, the bulk of whom live in Italy, Spain and Germany, with only five percent living in the UK, which is where the debate rages hottest.

Andrey Davtchev is one of those migrants. He is highly skilled, with an international background, having worked in the US, he now flies between offices in Amsterdam and London. He is Bulgarian, and they, along with Romanians are often accused of being benefit scroungers.

Andrey Daytchev gave euronews his opinion: “I think that perceptions differ and are often influenced by the media. I think that at one end of the spectrum, people think that Bulgarians and Romanians come here to steal the benefits and then go back home. On the other end of the spectrum, people really value diversity. We work hard and hey, this is the opportunity that the European Union gives, right? This one of the, I guess, founding philosophies of it.”

What is the impact of skilled migration, on both home and host countries?

We got the view of Economic professor Marco Manacorda at Queen Mary University: “When we look at the effects of skilled migration on the labour market prospects of natives, contrary to very standard economic theory – which would predict that natives would actually be harmed – in reality we found no such harm. But there’s a cost for the sending countries, especially if they invest in education.”

So opportunities in London mean a brain drain in Bulgaria. But people like Andrey Davtchev could help create opportunities, when and if they eventually return to their home countries.

The diaspora often repatriate funds and contribute to economic growth: it’s estimated at 3.2 percent of GDP in Romania and 4.1 percent in Bulgaria, for example.

Data also show they are very likely to find work in their host countries.

Euronews caught up with Lazlo Andor, the EU Commissioner for Employment, Social Affairs & Inclusion at the OECD in Paris and asked him what the missing part of the puzzle was – considering the backlash there is against a fundamental EU freedom.

Andor told euronews: “Since the EU has become more uneven – when some of the Eastern member states joined – there are more people who want to take advantage of this freedom.

“If people move from one country to another, it has been widely proven that they go to work. Benefits, social security systems, welfare states, play very little role.

“Sweden and Denmark have much higher levels of welfare provision than the UK, but the UK and Germany are the two countries that host the majority of EU migrants. In some countries there might be a gap between the reality and the perception of labour mobility, especially concerning the role of benefits.

“If a major problem is demonstrated, of course the member states can work together to eliminate the loopholes that allow abuse of benefit systems.

“There is a need for a certain degree of coordination of social security systems.The EU has to ensure that if you go from one country to another to work you don’t lose a part of your retirement pension, but that it is portable. So later on, you can draw from the pension systems of various countries – in proportion to the time you spent working there.

“You don’t need to harmonise social security. I think the available allocations of the European Social Fund are sufficient. Even if you would like to see greater harmony, you cannot micromanage the system. It has to be the decision of individuals. Companies should also be able to hire from other countries if they want – there should be no obstacles.”

A relaxed corporate tax regime of 16 percent in Romania compared to 29.5 percent in Germany means companies are exercising their right to freedom of movement, moving to Romania and creating jobs.

Seventy percent of Romanian exports go to other EU countries. Germany and Italy are its biggest partners and their companies are going to Romania not just for its key position on the Black Sea but also for its highly-skilled but cheaper labour force.

Over the years, Romania has become Italy’s laboratory for internationalisation. Companies from all sectors have set up shop in Romania, to take advantage of the country’s enviable geographic location.

Tosto bought the plant in Bucharest two years ago and it is now being renovated.

The group exports products to over 50 countries worldwide. The Romanian plant currently manufactures components for the US market and for a nuclear fusion reactor in France.

From hi-tech to high fashion, the Romanian international industrial journey takes us to Buzău, 100 kilometres north of Bucharest, where Italian fashion may not be on a runway, but it is definitely moving the economy.

Martelli Europe has annual revenues of 55 million euros, employs 2,000 people, and their Romanian operation is where some of their most expensive garments are finished.

Precision is important so that designs are standardised. Every hole, every wrinkle is measured and replicated, in the same model of jeans. To be cost effective this expertise is usually sourced in cheaper labour markets like China. But Romania’s lower cost skilled labour force means companies can remain within Europe.

Mauro Maria Angelini, the managing director of Martelli Europe concluded: “There is a return to the physical product, the actual product, the real and visible economy. I think it is a process which has already started, and will remain in these countries and will definitely also return in Italy, because it is part of our own cultural background.”