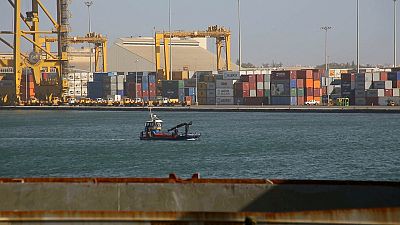 Improving the business environment is Senegal’s goal. The country is already among the 10 most competitive in sub Saharan Africa.

With political stability, Senegal expects a growth rate of seven percent by 2017. It has set an ambitious goal: a top 10 ranking in Doing Business in Africa 2015.

Last year, the authorities launched a vast programme of reforms for the competitive business environment.

Euronews correspondent Serge Rombi reports from Dakar on some of those reforms: “Since last year here in Senegal, the main administrative procedures within a company are now carried out entirely paper-free.”

The first important point is on cross-border trade. According to the latest report on competitiveness in Africa, the costs of moving and transporting containers at the port of Dakar have been reduced by 25 percent.

For the authorities, that is because the time to import and export is now a maximum of nine days.

“Today in Senegal, there are no more paper documents when going through customs. The objective is for businesses to be able to save time,” explained Amadou Mbaye Diop, the Development Director with the GAINDE 2000 customs computer system.

Babacar Dieng, Customs Administrator, DIPROM said: “With this system, you can gain up to 10 days in processing custom documents. Another advantage is that there is 10 times less paperwork to file.”

According to one entrepreneur, business has changed from going through a real obstacle course to a unique formality. A totally paperless programme has been implemented.

The ORBUS Gaindé 2000 operating system collects and analyses customs documents and sends them to the different administrations, keeping track of performance.

In 2012, ORBUS won first prize at the United Nations for public service. It has since been replicated in other African countries.

“We’re very proud of ORBUS. What’s more it has been implemented by other dynamic countries in Africa like Kenya, since 2005, and Burkina Faso, since 2012,” said Amadou Mbaye Diop, Development Director of GAINDE 2000.

In Senegal a government agency, APIX, acts as a gateway for investors.

It offers – free of charge – among other services a one-stop shop to create a new business. It is also a virtual system allowing users to view online all the documents needed for a business.

“If you turn up at eight o’clock in the morning at APIX and come back at four in the afternoon your business will have been officially created,” Chief Executive Mountaga Sy said proudly.

Less than 24 hours to create a business – that’s a small revolution in Senegal!

The main advantage of this system is that entrepreneurs no longer have to visit different departments whose intricate and particular workings are not always easy to understand.

“This combines into one single platform the steps you would have had to have taken at the Ministry of Justice, the Ministry of Economy and Finance, customs and all the legal steps,” adds Mountaga Sy.

The agency also has a supportive role. Philippe Colleu, President of Onomo International, a French entrepreneur who has been in Africa for many years and has launched a chain of hotels.

Colleu has found doing business in Senegal is not always the simplest thing but his experience with the agency has been particularly successful. He received his first building permit in less than six weeks.

“We gained a lot of time because we knew my file was being dealt with so I knew deadlines could be met especially for example the building permit,” said Colleu.

To make life easier for investors connection to water, sanitation, telephone and electricity was also centralised into a one-stop operation.

The tax administration is also involved with a tool for reporting and paying taxes online and incentives for companies which produce for export.

“Companies that export more than 80 percent of their turnover pay a reduced rate of corporation tax. It has gone down from 30 to 15 percent,” points out Seynabou Niang Thiam, the Director General of Senagal’s tax administration.

“Other recent measures include providing investors with easier access to building land, as well a fund which guarantees the risks associated with two very important areas in the country – agriculture and social economy,” reports euronews’ Serge Rombi.

To improve the business environment there is a need to develop infrastructure, including transport, in Senegal. Some projects have been completed and others are planned.

The objective is to relieve congestion in the Dakar area and create more economically attractive zones.

APIX head Mountaga Sy listed some of the improvements that have been made: “The toll road which provides access to the outskirts of Dakar in 30 minutes, the development of Blaise Diagne airport which will be completed in 2015 and around the airport there will be an economic hub, an essential element in the plan for the emergence of Senegal.”

A tram network is also planned for Dakar and the government has promised 5,000 kilometres of rail track. The idea is to link the mining and agriculture production zones to different ports.

Senegal like the other economic powers of the continent still has many challenges ahead, however the country intends to achieve a soaring growth.