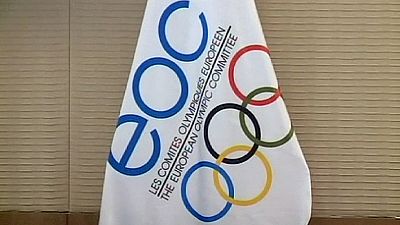 Baku is the capital and largest city of Azerbaijan. Known as the City of Contrasts, Baku boasts an interesting blend of traditional values and modern goals.

In 2015 this unique city on the southern shores of the Caspian Sea will host the very first European Games.

The inaugural edition of the Games – which will be the first pan-continental multi-sport event, will involve some 6000 athletes from the 49 Olympic nations of Europe.

Eighteen different sports will be on the menu for the 2015 Games although the European Olympic Committee (EOC) has confirmed that negotiations are ongoing to secure the inclusion of athletics.

The Baku Organising Committee is chaired by Azerbaijan’s First Lady Mehriban Aliyeva, who this week welcomed members of the EOC’s coordination commission who were in town to inspect and assess the progress in preparations for the Games.

For the first time the curtains were lifted on some of the iconic venues and spaces that will be used to stage the first European Games.

One of the venues is the Crystal Hall, which staged the highly acclaimed Eurovision 2012.

IOC executive board member and president of the European Olympic Committee Patrick Hickey was on the tour of the city and was full of praise for the indoor arena which will host five sports – Boxing, volleyball, taekwondo, fencing and karate.

Hickey who is also member of the coordination commission for the 2016 Olympic Games in Rio said: I’m very impressed with the Crystal Hall. I have been here before, I was actually here for the Eurovision song contest so I know what a wonderful venue it is. Yeah, O think it will generate a great atmosphere for the athletes and the fans. I think it would be superb.’‘

Youth and Sports minister Azad Rahimov says the Games can only be beneficial for Azabaijan.

He said: Of course it is very important for a young country like ours with only 21 years of independence, to have this position on the map of the world and to be a part of Europe. And of course we are Europe, and we are open to Europe and to be integrated into Europe as much as to welcome Europe to Azerbaijan.

‘‘We feel now there is a change going on in different fields all around the country, in difference organisations, government organisations. We have improved the transport system, a lot of people will be taught and educated during the Games and they will have a great experience for the future.’‘

The media tour also included the a trip to the Athletes Village located in the city.

Newly renovated new apartment blocks have been put aside to house the international athletes.

And according to Erkin Nasirli, the Strategy and project manger of the village and games services, the luxurious, spacious and well-fitted apartments will be appreciated by all who stay there.

He said: ‘‘The main goal for any athlete village I believe is to accomodate them (the athletes) so they do not have any difficulties or problems and I think this village will definitely come to the standard they expect.’‘

With investments in a new airport terminal as well as transport projects and many other infrastructure and city enhancement projects – Baku is readying itself to make history in June 2015 by launching the very first European Games.

It will certainly be another major event to be firmly placed in the international sporting calendar.