Armagnac, Gascony’s traditional ‘eau de vie’ (French for spirits, or literally ‘water of life’) is as invigorating as the 18,000-year-old hot springs running under the region’s soil. Both fluids are a staple in France’s southwest. In the village of Cazaubon, the combination of this particular grape brandy and therapeutic ancestral waters seems to be the recipe lifting everyone’s spirits. 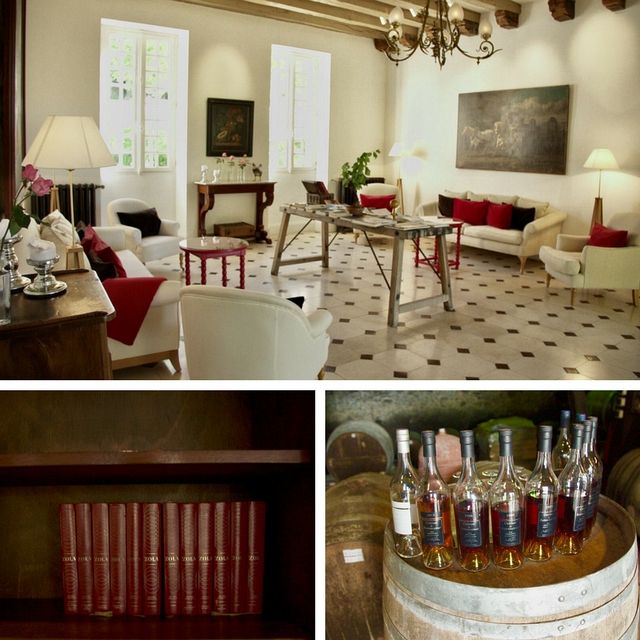 The village boasts more hotels and bed & breakfasts than one would expect for such a tiny place, and local residents are nowhere to be seen. Almost everyone comes here exclusively for the treatments at mammoth thermal spa complex Barbotan-les-Thermes. The French social welfare system prescribes and funds up to three weeks of bathing treatments to ease joint and muscular pain, attracting up to 1,900 people during high season. 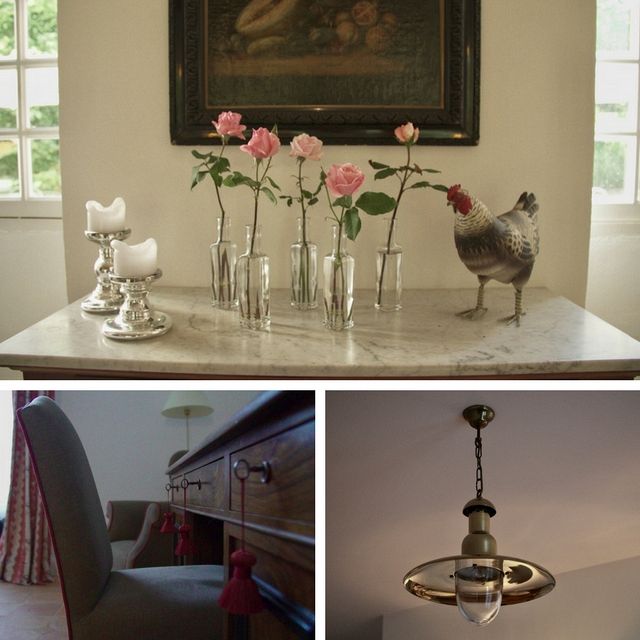 “These baths go back to Roman times. Barbotan comes from the word ‘borvo’, which was the name of the Gallic god of war. Roman warriors used to come here and bathe to relieve their joints and heal war wounds” says Eleonore Guérard. “As for the source, the water used in our thermal spa fell as rain 18,000 years ago. It doesn’t get more pure than this.”

The building is an old converted church dating back to 1700. Inside, the atmosphere is that of a cosy family country house. The fireplace is always alight, inviting guests to relax and pick up one of the carefully selected books in French, English and Spanish directly sourced from the famous Mollat bookshop in Bordeaux. 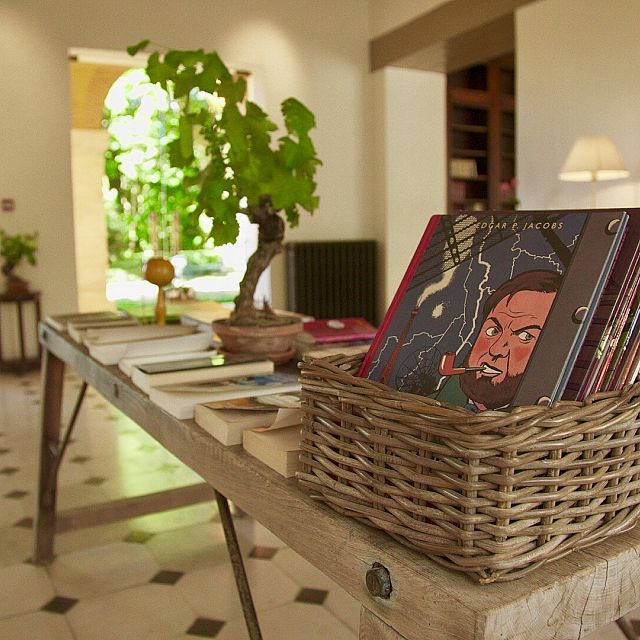 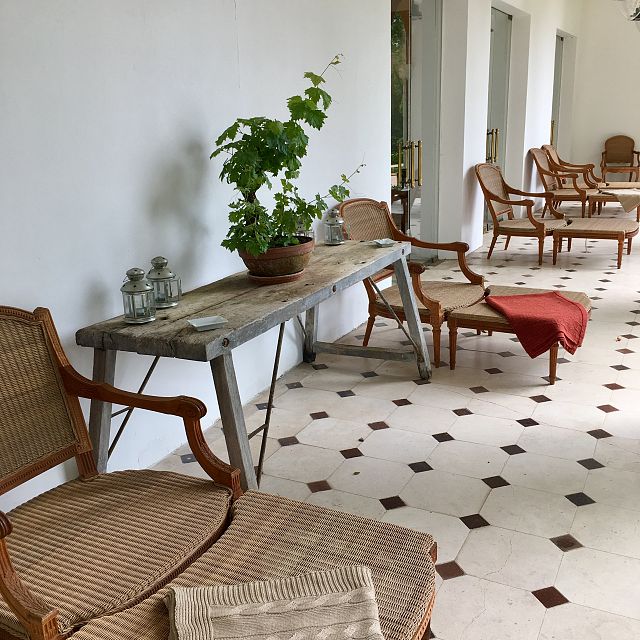 Colossal wooden closets, only found in rural antique flea markets, hide their secrets in every corner. Ancient walls, wrinkled by time passing by, were kept intact to preserve authenticity. Eléonore Guérard even refers to them as “talking walls”. As a child, she used to spend Sunday lunches near the pool at La Bastide. A family property since 1965, she refurbished and re-opened it as a hotel in 2011.

Aside from thermal activities, the town is usually fairly quiet. The only sound heard for miles is the town bell ringing each hour. Every Wednesday, the food market breathes life into the area. On the stalls you’ll find all of Gascony’s delicacies, such as the apple ‘tourtière’, local mustard, wines like rosé Uby and bottles of Armagnac of course. 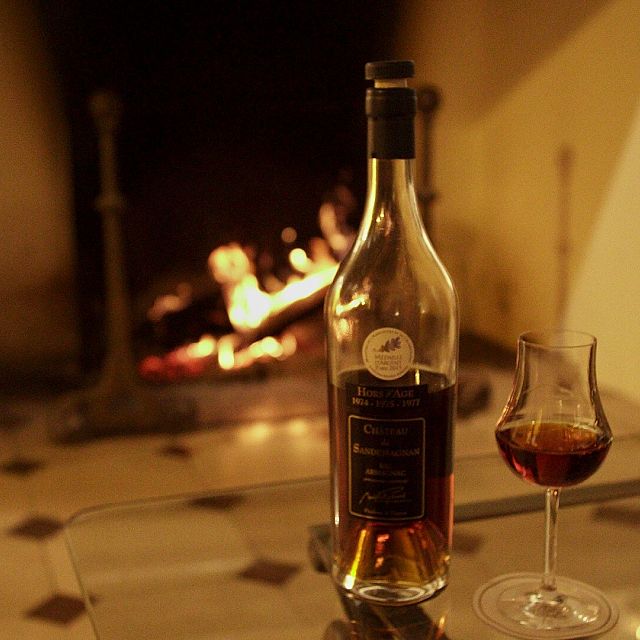 At La Table de La Bastide, the hotel’s restaurant, the menu changes seasonally. Lunch is cooked with local ingredients found at the market’s stalls. Dishes are inspired by the healthy ‘Nouvelle Cuisine’, coined in the 70s by Michel Guérard. They leave you completely full without needing carbs – although compulsory baguettes are placed on each table.

A sip or two of Armagnac ends every meal here. Bottles come from Château de Sandemagnan, the bespoke 40-hectare vineyard and winery owned by the Guérard family, which is celebrating its 50th anniversary this year. “Originally, my grandfather used a moving alembic for the distillation process of white wine from which the Armagnac is made” says Eléonore Guérard. She says she continues the tradition but “only for pleasure and because we are very passionate about it.” 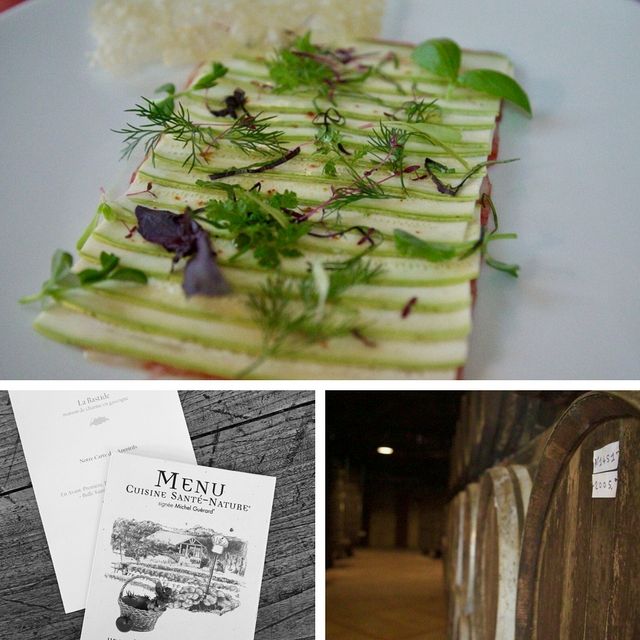 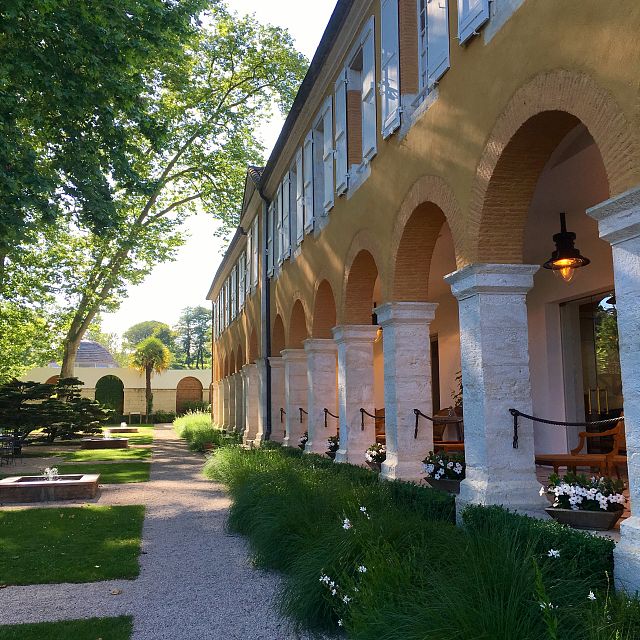 Sommelier Max Dumollié has been working at Château de Sandemagnan for most of his adult life. A mere 38 years of expertise! He drinks Armagnac in a warm cup with sugar – a bit like tea but a lot stronger. Guests of the hotel can join him for a degustation and purchase a bottle as a souvenir. However, two percent of this precious beverage won’t be available to you. During maturation the alcohol evaporates through the walls of the cask, known as the “angel’s share”. 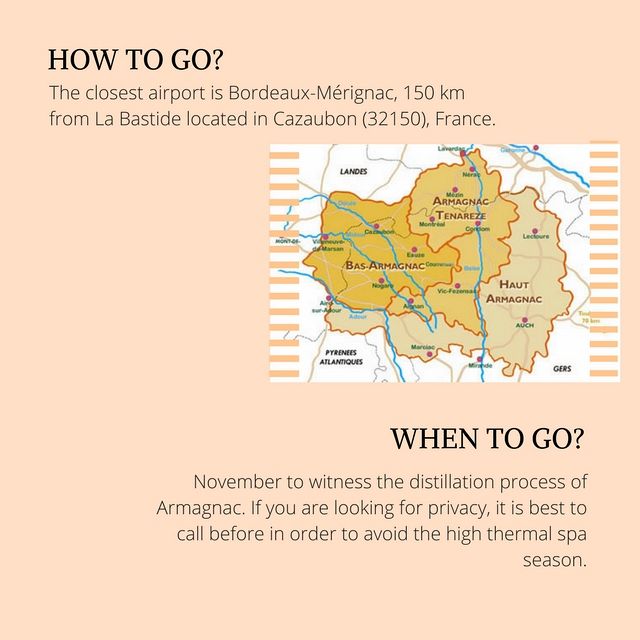 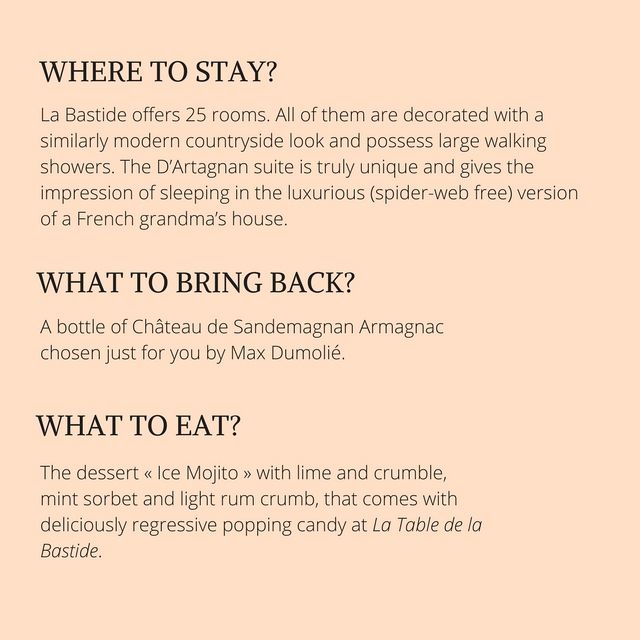 Bold new research claims that atmospheric changes more than 40,000 years ago could be related to the climate crisis.

Pet tiger rescued during Texas freeze is rehomed in sanctuary

A six-month-old tigress, who rescuers have named Elsa, was found in dangerously low temperatures wearing a harness.

We answer all the major questions about this year's UN Climate Change Conference being held in Glasgow.

Saint-Senier-de-Beuvron's 350 residents are not too thrilled to have been picked as a ground station for Musk's Starlink project.

‘Dark vessels’ are being tracked from space to stop illegal fishing

Satellite technology is being brought in to help combat problems with unregulated fishing in coastal nations.