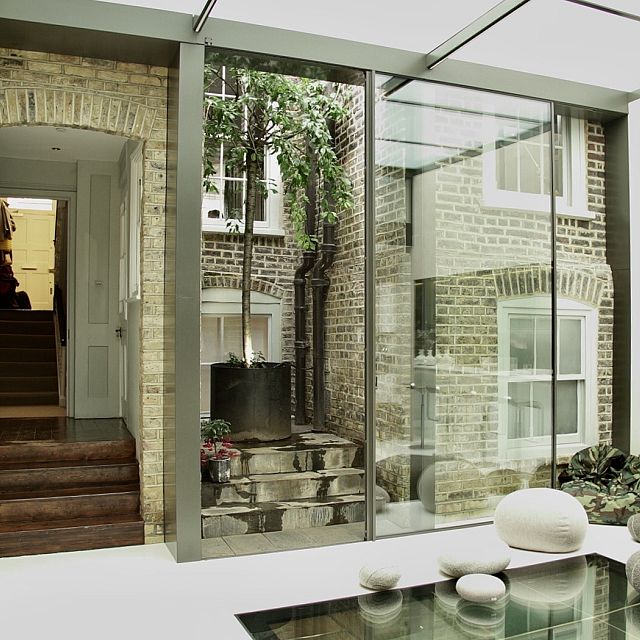 “Infinity House is a labour of love. It was not always pleasant and easy, but at the end of the day, we are very happy with the results.” sums up the owner, an award-winning designer who prefers to remain anonymous for privacy reasons. Infinity House is a twelve-year project he led with his wife, and guidance of London architecture studio Spaced Out by James Engel. The house in which the couple lives with their 4 children since 2004 boasts 517 square meters. 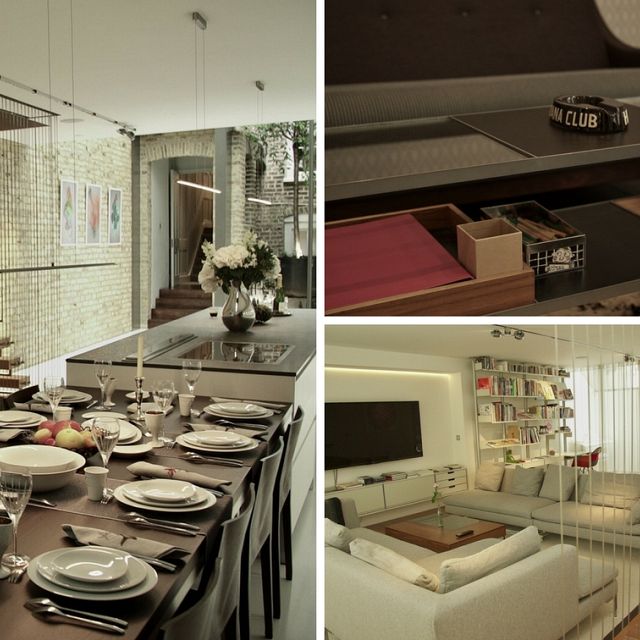 Something you definitely wouldn’t guess from the outside. The modest allure of the façade is typical of Georgian town houses from the mid-1800 and hasn’t changed in its 300 years of history. Inside, most of the preliminary work consisted in refreshing the ancient atmosphere, which had been neglected over the years.

“Initially, we renovated the oldest parts of the house bringing back some of the original features. For example, we changed the modern radiators and put original cast iron ones. Four men had to carry them.” recalls the designer.

Infinity House is divided in two. On the street side is where you find the historical. A grade II listed building structured vertically over 5 floors, including 5 bathrooms and 6 bedrooms. The inner courtyard side hosts a super-kitchen, interior pool and private cinema showcasing smart technologies and thoroughly studied light composition.

“As designers, we became slightly mental. Everything needed to be kind of perfect. We didn’t cut any corners”.

Working on both sides of the house was extremely delicate and required a battery of permissions and endless paperwork. “Laths of the original timber floor were lifted one by one and put closer together, the glasses softly touches the ancient brick walls.” he describes. The house almost became a part time job for the very busy couple.

Both met at the Royal College of Art in the late nineties and started working together immediately after graduating under the umbrella of their joint company. Their work span a variety of universe from books designs to artwork, which you can spot hanging on the walls in our 360 video above. 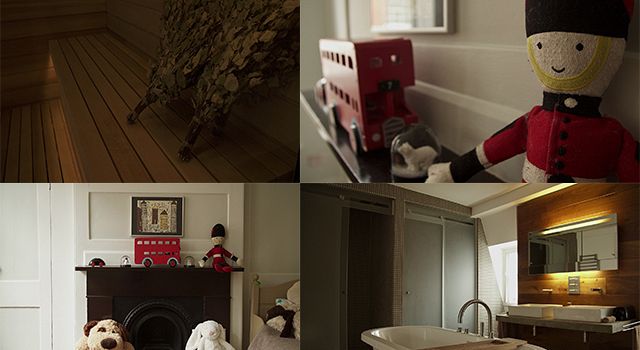 The architect James Engel coined the name Infinity House to echo the sense of calmness conveyed by the large windows and multiple reflections running throughout the house. This is particularly felt when standing between the glass ceiling and glass floor in the modern extension. Above, you get a view over the bright grey London sky and under your feet lay the very inviting swimming pool. The panels on the surface can frost to give more or less privacy. 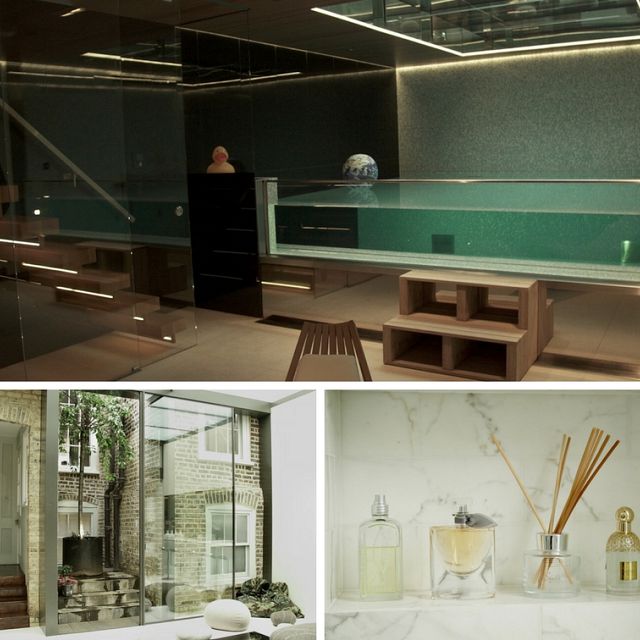 “This place is very uplifting. We can hear the rain falling on top of the high-tech ceiling. And I love the cherry blossom tree as well.” comments the owner as he guides us through the house. “It is an oasis in London,” he concludes. 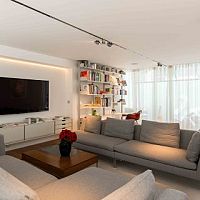 “Dieter Rams designed these shelves in the sixties and they are still loved by many designers until today. It’s an extendable shelving system that can be wall mounted or free standing. We decided to have the free standing ones to hide the curtains behind.” 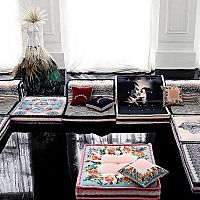 “The Mah Jong sofas by Hans Hopfer for Roche-Bobois, with textile designs by Jean-Paul Gautier, in the cinema are my wife’s idea. At first, I thought it was very colourful but she felt it was us. They are cosy and they are a real conversation starter. People love them.” 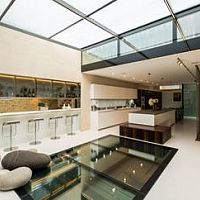 “It was clear from the beginning we would have a super minimal, impressive luxury kitchen and Boffi was the obvious choice for us. Building our own custom kitchen was an investment we wanted to make.”

Or simply shop the house! Infinity House is currently for sale at a guide price of £6,999,950 through United Kingdom Sotheby’s International Realty.

Do you fancy becoming a coral reef when you die? How about a tree?

This new renewable energy generator takes moisture out of the air and turns it into an electrical current.

We asked the experts what the differences are and which will come out on top.

FIFA 20's carbon emissions from manufacturing were equivalent to powering 68 homes for a year.

What is environmental crime and should you report it?

The new tool that is poised to change the way eco crime is dealt with around the world.