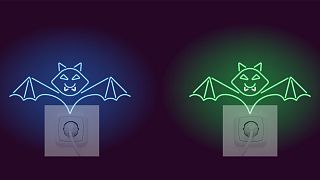 The energy crisis reached a new low in the UK last week, with the announcement that the price cap will rocket by 54 per cent.

This circa £700 (€840) rise comes as fossil fuel companies post huge gains; Shell and now BP have reported their highest profits in eight years.

Government help is available to most households in the form of council tax rebates and discounts, the chancellor revealed. While people are taking to the streets on Saturday to protest and promote solutions - including a windfall tax on oil and gas profiteers.

In the face of these seismic shifts, the little things we do at home to try and save energy can feel like small fry. But of course that is also where attention is shifting to as people try and prepare for the cost of living hike.

And in the personal battle against your own energy bill - wherever you are in Europe - one of the best things you can do is get a handle on ‘vampire power’.

This spooky nickname describes how devices suck up energy even when they’re switched off or in standby mode, and it really adds up over the year.