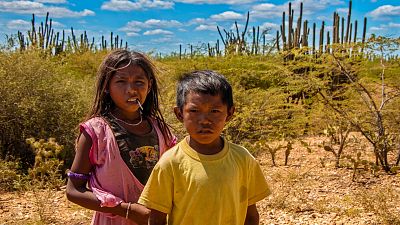 The majority of people around the world are demanding wide-ranging action on climate change, according to results from the UNDP’s largest survey of public opinion on the issue.

Conducted by the UNDP and the University of Oxford, the poll highlights the continued and increasing concern among citizens for the state of our planet. 1.2 million took part across 50 countries, covering 56 per cent of the world's population. This also included 550,000 people under the age of 18.

Public support for key environmental policies was carefully analysed, from energy, the economy and transportation, to farming, food and nature.

In total, 64 per cent of people believe the climate crisis to be a global emergency, with the level of concern particularly high in countries like France (77 per cent) and “surprisingly low” in others such as Sweden (66 per cent).

"The results of the survey clearly illustrate that urgent climate action has broad support amongst people around the globe, across nationalities, age, gender and education level. But more than that, the poll reveals how people want their policymakers to tackle the crisis,” states UNDP Administrator Achim Steiner.

“From climate-friendly farming to protecting nature and investing in a green recovery from COVID-19, the survey brings the voice of the people to the forefront of the climate debate.”

It is crucial that such a substantial study takes place in 2021, as it is a pivotal year for climate action commitments across the globe. The UN Climate Summit, or COP26, will take place in Glasgow, UK, this November.

The most popular policy across the board was around conserving forests and land, gaining 54 per cent public support.

With raging wildfires from Australia to California in the last year, it’s not hard to see why. The earth is heating up, causing fires to ignite in rural areas which destroy whole forests in their wake.

But there are multiple other threats our forests face too. Deforestation is often due to expanding agriculture and the need for land to grow livestock. But it can also come down to illegal and unsustainable logging, resulting from a demand for cheap wood and paper.

Eight out of 10 species found on land live in forests and they are also home to approximately 750 million people, including 60 million Indigenous people.

The Amazon, the planet’s largest rainforest, lost at least 17 per cent of its forest cover in the last half-century due to human activity, according to WWF.

Steiner describes the future ahead as an “enormous challenge” but is optimistic about how widely held this view has become.

Professor Stephen Fisher of the University of Oxford agrees. “The Peoples’ Climate Vote has delivered a treasure trove of data on public opinion that we’ve never seen before.”