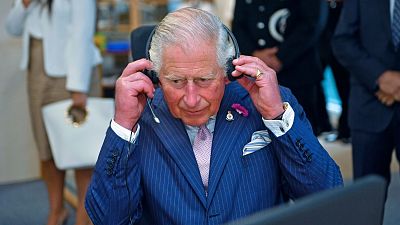 A free online festival is being launched this week in response to the postponement of the annual UN climate change conference.

The festival, called It’s Time, will unite over 100 global contributors including politicians, grassroots activists, academics and brands. It has capacity for over a million attendees and the organisers hope it will galvanize people around the world to take action on the climate crisis.

It is being hosted by Ecologi, a low cost subscription service that funds climate solutions. Elliot Coad, co-founder of the company, and former UK MP Nick Boles, came up with the idea to host an online event after the UN climate talks, known as COP26, were delayed until next year as a result of the pandemic. The original event was supposed to have taken place in Glasgow.

“Collectively, we are not doing enough to combat the climate crisis. 2020 is already set to be the hottest year on record: the world is literally burning,” says Coad.

“It’s Time will be a collective rallying cry of those united in their belief that urgent action must be taken today.”

The festival’s mission is to make something inclusive and free for everyone - that doesn’t feature corporate sponsors. Instead, those coming together to create the event are environmental charities, NGOs and individual activists.

International environment organisation, WWF, is collaborating with Ecologi to make the festival happen. Head of climate change for the NGO, Gareth Redmond-King, says that they want to make sure people’s attention is still on the environment - despite everything that has happened this year.

"You know, the climate crisis doesn't get delayed for a year."

“Of course, we're not. It's perfectly right that we're not. But, you know, the climate crisis doesn't get delayed for a year.”

He adds that it has been encouraging to see many countries talking to US President-elect Joe Biden about climate action in the last week. As the chair of the 2020 climate talks, however, it is essential that the UK sets an example on environmental issues.

For Redmond-King, now is the moment for the country to step up and set ambitious goals for the future.

Each of the festival’s ‘acts’ will show people how they can come together to effect change. HRH The Prince of Wales is opening the event on Tuesday and there are contributions from Greenpeace, WWF and the Rainforest Trust on the schedule.

Events on the two-day digital lineup are targeted at educating people about the many different forms that climate activism can take. From practical zero waste advice to sessions on how to cope with climate grief, or the launch of the latest tech, 25 different climate actions are woven into each talk and discussion.

“I absolutely think people that people are always hungry for solutions,” says Redmond-King

“Any conversation about climate, when people come together to hear about it, to talk about it, is always - what can I do?”

One of those solutions is to simply start advocating for change wherever you go. Because climate change can be politically divisive in some countries, politicians could “shy away” from broaching it, says Redmond-King. “And that's going to be true of businesses as well.”

If they don’t hear from us, both businesses and governments won’t know it’s an issue that matters to their constituents or customers. Redmond-King says he wants people to come away from the festival feeling “emboldened” to speak up, both to politicians, CEOs and to their friends or family.

It’s Time will take place on the 17th and 18th 2020 of November and is accessible to everyone. Find out more here.