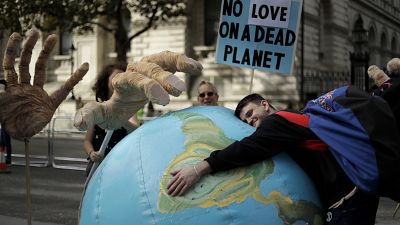 In-person protest is being ditched in favour of digital demonstrations, as annual environmental celebration Earth Day takes its activism online due to COVID-19 threat.

The celebration which takes place on 22nd April is usually marked by events around the globe supporting environmental protection. Climate strikes, beach cleanups and talks that would usually mark the day will likely have to be cancelled in many parts of the world as gatherings of large groups become inadvisable.

“Amid the recent outbreak, we encourage people to rise up but to do so safely and responsibly,” says Kathleen Rogers, President of the Earth Day Network, “in many cases, that means using our voices to drive online action rather than in person.”

Instead of encouraging high-risk gatherings, the organisation is asking people to take their activism online with a global digital mobilisation. Taking the lead on Earth Day’s own social media accounts, they hope the #EARTHRISE movement will encourage people to take part in virtual protests and teach-ins. On the day, they will be posting actions every hour for people to participate in from the safety of their homes and releasing 12 digital education sessions from leading climate change figures.

Rogers says the movement has always been forward-thinking and that the challenges of fighting coronavirus illustrate the importance of making “mass shifts” to combat a global crisis. “We must apply the same scale and urgency to our response to climate change.”

Earth Day Network isn’t the only organisation taking to social media as a replacement for traditional mass action, however. This week saw young environmentalists forgo their usual spots outside government buildings to remain at home instead. Using the hashtag “#ClimateStrikeOnline,” members of the Fridays for Future movement posted photos of themselves at home holding protest signs and encouraged others to put health first and avoid gathering in groups.

As the coronavirus crisis escalates, everyone is having to adapt to living their lives via the internet. What this will mean for the evolution of environmental action, in the long run, is unclear. But for now, it looks like activism is adapting to keep those concerned about the climate crisis connected online.

Digital Cleanup Day: Delete an email - save the planet!