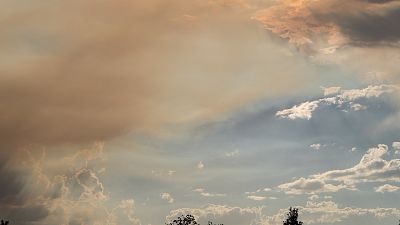 For Europeans, the size of Australia can be hard to wrap your head around. Though home to just 25 million residents, less than half of France's population, it is more than 10 times bigger than France.

Across those vast plains, wildfires have been raging since September, threatening some of Australia's biggest cities and cutting off supplies to places in need.

These guys are trying to put the scale of the crisis into perspective.

This is what the fires look like from space, according to NASA.

This is what some of those blazes look like closer to home.

Children are being evacuated from at-risk areas, sometimes forced to leave their parents behind.

Those left behind are without basic amenities.

Not only is the smoke causing breathing problems, the sky in New Zealand city Auckland is unrecognisable despite being more than 2000km away from New South Wales, where fires are currently raging.

Authors, creators, artists, poets, craftsmen and all those in between are auctioning off their services, with funds raised going to help firefighters. Check out the hashtag at #AuthorsForFireys.

If you don’t have anything to give, or would prefer to donate directly, this climate activist and entrepreneur has put together a guide to help you out.

Because people have not just lost their houses, they’ve lost their homes, their communities and all their worldly possessions left inside.

Meanwhile the family of late wildlife defender Steve Irwin have carried on his legacy, rescuing around 90,000 animals.

There’s still more than a month left of summer but the arrival of rain has given these firefighters hope.