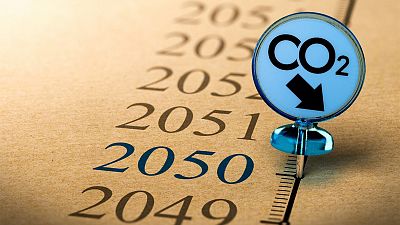 Under the Paris Agreement, 195 countries have pledged to slash their greenhouse gas emissions to keep global temperature rise well below 2°C above pre-industrial levels. Tracking how much carbon dioxide – the single largest contributor to warming the climate – human activities are spitting into the Earth’s atmosphere is essential for knowing whether we are on the right path to pulling the brakes on climate change. But the gas – with its vast array of sources, sinks and flows – still challenges scientists and governments.

Burning fossil fuels, cement production and altering land-use are the main ways humans have been rapidly increasing the amounts of CO2 in the atmosphere boosting it to unprecedented levels. As WMO Secretary-General Petteri Taalas said : “It is worth recalling that the last time the Earth experienced a comparable concentration of CO2 was 3-5 million years ago. Back then, the temperature was 2-3°C warmer, sea level was 10-20 meters higher than now.”

While oceans and land vegetation take up much of that amount, the rest builds up in the atmosphere, with natural sinks unable to counteract the rate of emissions, while worldwide efforts to remove CO2 lag much behind.

The first verdict on how close countries are to their climate ambitions is due in 2023. Knowing how much CO2 comes from human activities and where it goes implies creating effective climate policies. “It’s a huge task and it’s getting increasingly more difficult,” says Dr. Greet Janssens-Maenhout, chair of the EU Commission’s CO2 Emissions Monitoring Task Force. “195 countries need to report their emissions, using the same methodologies. Today, they don’t have the same resources.”

Countries currently take stock of their emissions through inventories of their fossil-fuel burning. But not all states have the same capacities. “Only developed countries have the capacity to provide now accurate, transparent, complete, coherent, and comparable GHG inventories. But under the Paris Agreement’s enhanced transparency framework, developing countries will have to do it too, every two years,” says Lucia Perugini, project manager at the Euro-Mediterranean Centre for Climate Change. “Many developing countries are lacking data for calculating GHG emissions - on what, how much, where and when human activities are taking place and the amount of emissions they each produce,” says Perugini.

A CO2 Monitoring Service planned for launch by 2026 should play a significant part in that, as EU’s Copernicus Atmosphere Monitoring and Climate Change Services and several other European partners, including ECMWF, ESA and EUMETSAT, are developing ways to finetune carbon monitoring from up above and down below. “The service will be able to provide more timely estimates with higher spatial and temporal resolution than currently available from the inventory-based methods,” says Dr. Richard Engelen, deputy director of the Copernicus Atmosphere Monitoring Service at the European Centre for Medium-Range Weather Forecasts (ECMWF).“ Spatial and temporal resolution indicate how detailed an image is and how often it is recorded, respectively.

A variety of satellites – launched by European, US, Japanese, and other space agencies and organizations – currently measure CO2 concentrations and absorption by plants and phytoplankton. “But no current system is able to distinguish between CO2’s human and natural sources,” says Guido Levrini, Copernicus Space Segment Programme Manager at the European Space Agency. Under the new service, three new satellites – known as Sentinels – are planned to join the observation fleet orbiting the Earth in 2025, to help clarify carbon sources and flows. “Spotting how much carbon comes from human activities is the key objective of Copernicus CO2M Sentinel,” Levrini adds.

The three identical Sentinels will together measure CO2 concentration every three days at every location on the planet, scanning the Earth in approximately 200 km wide swathes, producing images at 2x2 km resolution. “The combination of high resolution and wide swath is spectacular and unique for a civil Earth Observation satellite,” says Dr. Janssens-Maenhout, who explains that there are other satellites that currently perform highly only on one of those parameters. “It’s a huge challenge to have satellites up and running so fast; the timing is very tight given the accuracy we aim for and the information’s high sensitivity.”

If measuring CO2 concentrations from space is challenging, spotting how much carbon comes from human activities is extremely hard, Levrini explains. Once in the atmosphere, the gas mixes fast, which makes it difficult to separate human sources from the natural exchange of CO2 between the atmosphere and the Earth’s surface. The three satellites will complement each other in chasing the highly elusive CO2. “The CO2 Monitoring Mission will have unprecedented world coverage. This has never been done before,” says Dr. Engelen.

An international collaboration is needed in space and on the ground

Across the world, a wide range of projects such as NOAA ESRL, ICOS and WMO GAW, record carbon concentrations at Earth’s surface.Those CO2 measurements at Earth’s surface are essential for the future monitoring service. So-called in-situ measurements provide GHG concentration data from sources including ground-based stations, observation towers, and aircrafts collecting air samples, as well as remote sensing. As CO2 varies more in the lower atmosphere, ground measurements can spot these better than satellites, but they need to cover a wide surface very often, shows a recent European Commission report.

In-situ monitoring can also help validate satellite data, fill in the gaps when bad weather blocks observations from above, and help experts model how CO2 might evolve. “Satellites will track CO2 plumes, Dr. Janssens-Maenhout explains, but we need to discount the natural fluxes so we can accurately pinpoint anthropogenic CO2. In-situ information will help confirm which fluxes are natural. In Europe we have a good estimate of natural carbon emissions, but over the tropics cloudiness and lack of measurement infrastructure make it more difficult.”

The future monitoring service also aims to improve the modelling of the CO2 exchange between the Earth's surface and the atmosphere and the transport of CO2 through the atmosphere by winds. “Scientists need to portray better the natural flows of carbon between land/ocean and the atmosphere”, Engelen explains. “ECMWF is working with many partner institutes around Europe to tackle the challenges.”

Identifying the impact of human activities on the Natural carbon cycle: a missing link to get the full picture of C02 emissions

Though countries must report only their overall carbon budgets, knowing where most of their CO2 emissions come from can also help national and local governments to create more efficient climate policies.

The monitoring service’s high spatial and temporal resolution across the globe will also help identify individual plumes from power plants, industry and cities. A bigger challenge is keeping track of GHG emissions from land-use, land-use change and forestry, that countries can opt to cut. “This is the most complex sector in the GHG inventory,” says Perugini. “Currently, released and absorbed emissions from this sector remain highly uncertain.”

In many developing countries emissions from land-use change take up a big part of their national carbon budgets and contribute to about 10 percent of global CO2 emissions, Perugini explains. Large and inaccessible forests, lack of national forest inventories and infrastructure for in-situ measurements make CO2 monitoring too difficult of a task. But satellite images can help track deforested areas, if ground measurements are also available.

“This is a challenge, but by combining observations from many data sources, satellites, and on the ground, we hope to be able to provide reasonable estimates,” Engelen says.

To prepare the new service, the EU-funded Carbon Dioxide Human Emissions (CHE) project is putting together the first building blocks to single out anthropogenic emissions at different scales. It builds on top of existing infrastructure from the Copernicus Climate Change Service and Copernicus Atmosphere Monitoring Service using the expertise from the European science community." The EU-funded VERIFY project, developing a European GHG estimation system to help countries report emissions to the UNFCCC, will also contribute.

Once in place, the service will be widely available. “This includes the UNFCCC, individual countries, the European Commission, but also industry and cities,” says Engelen. “In order to do so, we will use the coming years to discuss the user needs with these communities, so we can build a service that is fit for purpose.”