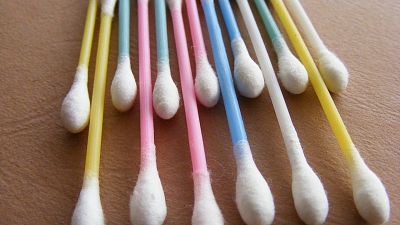 The UK has a whole has been drafting sustainability goals over the last few years as the climate crisis escalates, but one British nation is going the extra mile. Scotland is the first part of the UK to make plastic cotton buds illegal as of this week, with England thought to follow suit in April 2020.

The proposal to ban the single-use plastic buds was set out back in January 2018 when a public consultation was launched. At the time, Scotland’s environment secretary, Roseanna Cunningham, said “banning plastic cotton buds would be a clear sign of our ambition to address marine plastics and demonstrate further leadership on this issue”.

Now, just a year on, the ban has come into force with Cunningham stating she is “proud” that Scotland will generate less plastic litter, speaking to the The Independent. She added, unnecessary litter “blights our beautiful beaches and green spaces while threatening our wildlife on land and at sea.”

National Geographic estimates that a whopping 91% of plastic isn't recycled on a global scale. Single-use items end up in landfill, taking up to 500 years to decompose. Around 10% of cotton buds end up flushed down the toilet, travelling down into our waterways and oceans and destroying marine life. As such, the ban comes as a welcome necessity and will soon be rolled out around the UK, a country where people use 1.8 billion cotton buds every year.

Is the cotton bud ban enough? Why not other single-use plastic items?

Along with cotton buds, single-use face wipes, sanitary items like pads and tampons with plastic applicators are all part of the self-care industry. The evidence is clear, wet wipes for example are behind 93% of blockages in UK sewers, creating fatbergs underground. This is according to Water UK, the trade body representing all of the main water and sewage companies in the country.

Granted, we've got to start somewhere, but it raises the question, is banning cotton buds enough?

A spokesperson for Zero Waste Scotland told Euronews Living that while they welcome the recent announcement, “the best outcome for the environment is to reduce all unnecessary single-use items.” They continued, “removing the need for disposable items is better than reuse and recycling.”

“Reducing our reliance on items that are symbolic of our throwaway culture is a moral and environmental imperative,” the spokesperson concluded.

The Scottish Government, in partnership with Zero Waste Scotland, will be launching a campaign later this year to encourage people to try reusable sanitary products.