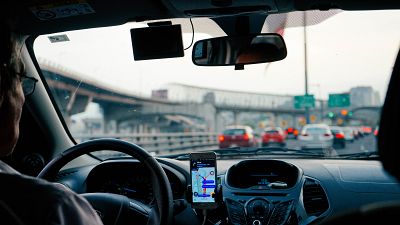 One of the world’s biggest ride-hailing apps has just gone 100% carbon neutral in Europe.

Bolt is a very similar concept to Uber, Lyft, Kapten, ViaVan and other ride-hailing apps that have exploded over the past few years. And, as of Tuesday (17 September), every Bolt ride taken was offset by a host of green initiatives.

Crucially, unlike its main competitor Uber, Bolt has promised its plan to cut down on carbon emissions will come at zero cost to users.

Meanwhile, it laid out aims for its Green Plan 2025, which is set to see Bolt slash its emissions by five million tonnes. The company also wants to introduce more green ride-types such as electric scooters for passengers to choose from and offset emissions of Bolt’s offices globally in 2020.

“As Bolt is a part of that ecosystem, we need to hold ourselves responsible for being part of the solution. We are working every day to accelerate the shift to shared and efficiently-used vehicles – electric cars, bikes, scooters and other types of vehicles that are yet to be invented,” he added.

“But we need to face the reality that our current transition is not fast enough. So while we look to reduce emissions by adding more shared and electric vehicles to our fleets across cities, carbon offsetting takes immediate action to reduce emissions today and acts as a driver across the company to speed up the transition.”

The platform is working with Nature Capital Partners, a company specialising in helping small businesses achieve carbon neutrality. It plans to calculate Bolt’s carbon footprint and reduce it to zero through a combination of in-house efficiency, renewable energy and emissions reductions projects. Those projects could include reforestation, solar power and wind power projects.

But how does that compare to its competition?

Almost synonymous with taxi travel, Uber has also taken measures to reduce its carbon emissions. At the beginning of this year, it put its Clean Air Plan into action in London.

It meant riders pay an extra 15p per mile travelled, with the proceeds going towards helping Uber drivers upgrade to an electric vehicle.

“By adding just 15p per mile to all London trips since January, we have already been able to set aside over £50m. That money is ring-fenced, with every penny being used to transition drivers into electric vehicles."

Gett is a cab hailer operating in the US, UK, Canada and Russia. In London, it specialises in black cabs and started allowing customers to request the new TX Electric taxi nearly a year ago. It ensures passengers can ride completely emissions-free if they want to by choosing the Gett Electric option.

A month before that, Gett committed to offsetting 7,500 tonnes of CO2 over the course of 2019 so every single one of its rides was carbon neutral. The cab company has teamed up with Carbon Clear to achieve the drastic reduction.

In addition, its Gett Green scheme gives customers the option to add 20p to their bill in order to make their journey ‘carbon positive’ by putting the extra cash towards 12 central London schools identified in the Mayor’s school air quality audit programme.