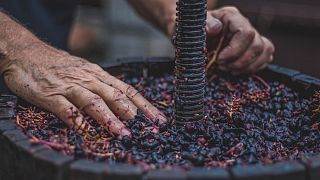 If I say the word Champagne to you, what images are conjured? An A-list soirée on a yacht in Nice? A New Year’s party of Gatsby proportions? It’s the drink of the Jazz Age, a symbol of conspicuous consumption, where how much you consume is as important as what it is you’re consuming.

Except, it’s not quite that. Not anymore, anyway. Take a walk around any of Champagne’s vineyards and you’ll find something very different. Yes, when a bottle leaves the region, chances are that it’s off somewhere to be enjoyed without much thought to the environmental consequences - that’s kind of how it should be. However, while the grapes are growing, and your favourite bubbly is maturing, the growers of Champagne have sustainability and the environment at the forefront of their minds - it’s the reason for their livelihood, after all.

Champagne was going to be a challenge from the start. The bubbles were originally a nuisance, caused by an accidental second fermentation due to unseasonably cold weather. Bottles exploded; corks disintegrated. The monks making the wine called it “le vin du diable” - the wine of the devil - and Dom Pérignon himself originally spent a long time trying to get rid of the bubbles before making one of the wisest business moves in history by embracing them.

The exploding bottles were replaced by thicker glass, meaning more industrial production. As champagne’s popularity grew, so did the demand, leading to production on a scale that Dom Pérignon would never have been able to imagine. This, however, came at the expense of the region’s environmental health.

Luckily, the top dogs in Champagne realised this, and decided something had to be done. Le Comité Interprofessionnel du vin de Champagne (CIVC) - the organisation that brings together the growers, cooperatives and houses of Champagne under one roof - took control of being greener in the early 2000’s, with four key areas outlined for improvement.

Finding a balance between profit and sustainability

It’s a big challenge: there are 15,000 winegrowers in the region, with 140 cooperatives and 300 Champagne Houses doing business. The region turned over almost five billion euros in 2015, exporting more than 300 million bottles, so finding a balance between profit and sustainability is vital. While the industry might be huge, Champagne is punching significantly above its weight in terms of size - the entire region has 34,000 hectares of vines, only four per cent of France’s vineyards. This relatively small area, along with the work of the CIVC and willingness of its growers means that Champagne has been able to experiment with and pioneer sustainable development in the wine industry.

One important cog in the wheel is the CIVC’s experimental vineyard at Plumecoq, intersecting the Côte des Blancs, Vallée de la Marne and Montagne de Reims sub-regions. Originally set up to cure a series of aggressive vine viruses, the vineyard has grown in size and ambition, now both exploring ways to protect the vines in the future and finding alternative, more efficient growing and harvesting techniques.

The research done there is top-secret, with the vineyard looking like a mixture of old farm and high-tech laboratory, but it, along with developments contributed by individual growers, has revolutionised the production of champagne. The CIVC’s aim is a 25 per cent reduction of the region’s carbon footprint by 2025, with a 100 per cent sustainable viticulture. One way to manage this has been to deal with those pesky thick bottles - replacing these with a modern solution to the pressure within has slashed glass usage and contributed to a 20 per cent lower carbon footprint per bottle.

The use of pesticides has also been greatly reduced: “In 15 years, they have reduced pesticides by 50 per cent,” said Evelyne Roques-Boizel, head of Champagne Boizel, as we sat down in her HQ on the Avenue de Champagne. “They were used much too much. In the ’80s there was a lot of money around, and at one point a lot of growers weren’t interested [in the environment].

“We’ve also built the qualitative reserve [a reserve of wine for the entire region], which is an extraordinary thing. If you have a small crop, you are saved by the reserve. When you have this, you can reduce your yield and take some risks, because you know you will be safe.”

Alongside leading Champagne’s UNESCO heritage bid, Pierre-Emmanuel Taittinger is a stout believer in a push for ever more sustainability in the region: “I think we have to protect the world. Global warming is the Third World War.

“We all have to work urgently, not to save the planet but to save us. The planet is going to survive, even without people. The planet will be here in 200 million years. It’ll be different if we kill it, but we won’t be there and it will be. So I think it’s not the planet we have to protect, but us.”

From accidental bubbles to saving the planet: Champagne’s sustainability drive is a serious business. I’ll drink to that.