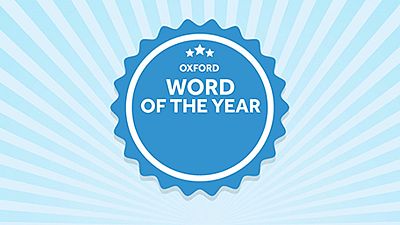 For the first time in its history, the Oxford Word of the Year is to be decided by the public.

The options for 2022 are ‘metaverse’, ‘#IStandWith’ and the phrase ‘goblin mode’.

They were chosen by a team of lexicographers from Oxford University Press, the publisher of the Oxford English Dictionary.

Oxford University Press released a statement to explain why the vote would be public:

“2022 has been a year defined by opening back up. However, although we have finally been able to physically reunite and come together again, our world somehow feels more divided than ever. In recognition of this shift, we wanted to open up the final step of our Word of the Year selection process to the true arbiters of language: people around the world.”

The public have until 2 December to decide between the three options.

What do the words mean?

Metaverse: An increasingly exhausting concept that refers to the virtual world where people can live, work, shop, eat and make friends. Usage of the word has quadrupled in October 2022 in the age of virtual reality and working from home, compared to the same month last year, according to Oxford University Press.

#IStandWith: The hashtag “recognizes the activism and division that has characterized this year,” according to Oxford University Press. “From war in Ukraine, to the Depp v. Heard lawsuit, this ‘word’ coined on social media to align your views to a cause or person can often further foster dispute (and sometimes even hate speech) in its polarizing nature.” They added that the hashtag has 2.8 million views on TikTok.

Goblin mode: Another new concept that refers to the idea of rejecting societal expectations put upon us, in favour of doing whatever one wants to. The slang phrase does date back to 2009, but Oxford University Press states that “as we emerged from lockdowns all over the world, the phrase has been coined in rejection of returning ‘back to normal’.” They added that the term was brough back into the mainstream when actress and model Julia Fox was linked to a fake headline using the phrase about her break up with rapper Kanye West.

Previous words of the year

Last year’s winner was, predictably, ‘vax’, which rose to prominence with the pandemic and the coronavirus vaccine.

There was no single word the previous year, as 2020 “could not be summed up in one single Word of the Year.”

The rest of this decade’s (UK) words are as follows:

The winner of the Oxford Word of the Year 2022 will be announced on 5 December.

'Permacrisis' is Collins' word of the year 2022