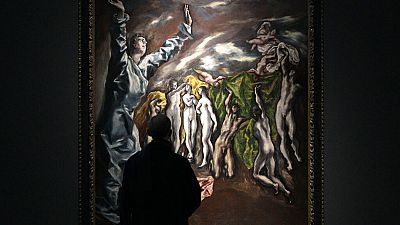 The French-Italian art dealer Giuliano Ruffini, wanted by French authorities for having orchestrated a very elaborate network of forged paintings, was arrested on Friday by Italian police.

Giuliano Ruffini, 77, is accused of having tricked museums, auction houses, and private collectors by selling them forged Old Masters paintings.

Ruffini surrendered to police in Castelnovo ne' Monti, a town in the Reggio Emilia region of central Italy, his lawyer said in a statement.

Ruffini's arrest came after a years-long judicial marathon to secure his extradition to France after an investigation was opened in 2014 and a European arrest warrant was issued.

Well-known in the art world, Ruffini sold dozens of paintings since the 1990s, including works attributed to great masters such as El Greco to prestigious European museums, including the Louvre in Paris, often using intermediaries.

His fake paintings have also attracted wealthy buyers, such as the Prince of Liechtenstein, who acquired a forged artwork for seven million euros.