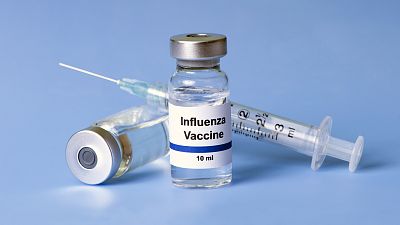 Last year's flu season was a "high severity season" across all age groups, the Centers for Disease Control and Prevention recently reported, with high levels of visits to outpatient clinics and emergency departments for flu-related symptoms. This activity began to increase last November.

With flu season looming, why hasn't everyone gotten vaccinated? Some people don't get the shot because they are convinced the vaccine actually makes them sick.

In reality, it can't and it won't, experts stress.

It's biologically impossible for you to catch the flu from being vaccinated, said Dr. William Schaffner, an infectious disease specialist and a professor of preventive medicine at Vanderbilt University in Nashville.

That's because the vaccine is constructed from a killed virus. Not only that, but also there are only a couple of proteins from that dead virus in the vaccine. So, nobody's getting injected with a complete virus.

Those proteins, taken from the surface of the killed virus, are enough rev up our immune system and give it a clear target. But they certainly aren't enough for the flu virus to reconstitute itself in our bodies.

For the most part, people are mistakenly assuming that symptoms which coincidentally developed around the time they got the shot were caused by the vaccine. But, Schaffner explained, just because two events occur around the same time doesn't mean they're connected.

"We all know the rooster crows before dawn," he explains. "But we don't think the rooster makes the sun come up."

Most of us get our flu shots in the fall, noted Dr. Michael Ison, a professor in the division of infectious diseases at Northwestern University's Feinberg School of Medicine in Chicago. "That is when rhinoviruses are circulating," he added. "Most people think a cold is just a stuffy nose," Ison said. "But you can get really sick from a cold. In fact, many viruses can make you as sick as the flu does."

There's also the issue of where you get your shot, said Dr. Richard Zimmerman, a professor of family medicine at the University of Pittsburgh. "If you go to the pharmacy or to the doctor's office there's a good chance someone sitting next to you will be coughing," Zimmerman says.

Which is not to say you won't get any symptoms after a flu shot.

About 20 percent of people experience soreness in the arm that got the shot, Zimmerman said. "That lasts about a day and then goes away," he adds.

"There are a few people who feel a little fatigued after getting the shot," Schaffner says. "And a few get a headache. These are all part of the body's immune response to the vaccine. It's not influenza."

You already have the virus

If you were exposed to the flu shortly after being vaccinated your body didn't have enough time to marshal its forces against the virus. The shot doesn't reach full effectiveness until two to three weeks after vaccination, Ison said.

So, there's no good reason not to get the shot. Even people with egg allergiesare now cleared to get it.

"Don't linger. Run to your health care provider and get vaccinated right away," he said.