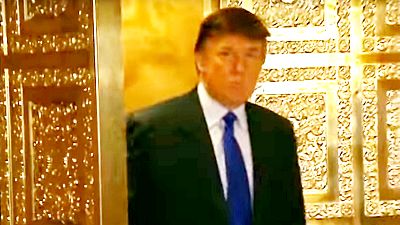 "Generation Wealth", a new documentary focussing on the corruption of the American dream, is an extraordinary visual history of our growing obsession with wealth.

It's not about the rich, but about the desire to be wealthy, no matter the cost.

It focusses on the desire to be rich and the human costs of capitalism, narcissism and greed.

The completion of the film heralded the election of real-estate mogul Donald Trump as President.

Director Lauren Greenfield said that Trump's road to the White House in some ways gave validity to the documentary.

"In a way, he was a validation of what I had been documenting in the culture for the two decades prior," she said.

"In a way, he was the apotheosis of generation wealth and kind of the expression of its values, from fame and reality TV to real estate and wealth to the idea of 'fake it 'till you make it,' which turns out to be big in this film - you haven't had that job but you could just try it anyway."

The documentary is comprised of 500,000 images of the often absurd lives of the wealthy taken over the course of a quarter of a century.

The movie is now out in USA and Canada and will come to Europe soon.

There is still hope for the future. The “American Dream” remains a beautiful ideal ǀ View