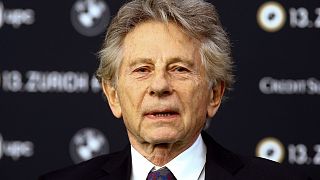 An online petition [in French] against a Roman Polanski retrospective in Paris has garnered over 27,000 signatures and prompted protests.

Activists, among them feminist groups, have labelled it ‘indecent’ and ‘an insult to women’ and have joined the call for the partly state-funded Cinémathèque Française to cancel the event. The Paris-based film archive says it will go ahead as planned, saying it has no intention of taking “the place of the justice system.”

Hundreds of feminists will be waiting for #Polanski and the directors of @cinematbhequefr tonight in Paris. https://t.co/mgaAY9SYV4

The petition questions the timing of the retrospective, which comes as Hollywood is mired in scandal, with several sexual misconduct claims recently being made.

Polanski has been accused of a number of sexual assaults and is currently wanted in the US on charges of having unlawful sex with a 13-year-old girl in the late 70s.

The French-Polish director, who is known for films such as Chinatown, The Ghost Writer and The Pianist, pleaded guilty but fled the States before he could be sentenced and has since avoided extradition.