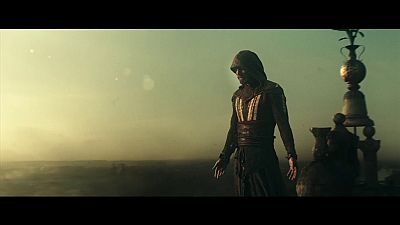 ‘Assassin’s Creed’ stars Michael Fassbender Marion Cotillard and Jeremy Irons and is based on the video game franchise of the same name.

It is set in the same universe as the video games but features an original story.

Subtle or spectacular, there are many ways to eliminate a target. What is your most memorable assassination? pic.twitter.com/o1PI1lZ5sq

“I am not familiar with the game but what I know of it is the historical context, which is very, very powerful and actually I know a very big fan of the game and how she talks about history. And how kids who play the game are getting interested in history is pretty interesting,” explained Marion Cotillard

The film expands the series’ mythology, taking place during the Spanish Inquisition.

It follows convict Callum Lynch played by Michael Fassbender as he is abducted by a mysterious organisation Abstergo, which transplant him into the body of his 15th century descendant Aguilar de Nerha, a member of the Assassin’s Creed.

“I did not really consider this idea that video games don’t translate well to film. Again, it was that sort of classic ‘ignorance is bliss’ sort of thing. I just knew that this world was so fascinating and sophisticated and had so many elements to it that would lend itself very well to a cinema experience,” concluded Michael Fassbender